How the Day of National Unity was celebrated in Simferopol 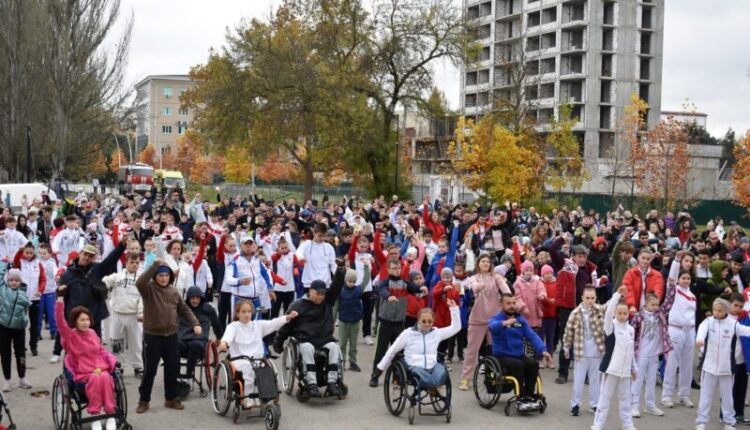 From the very morning in Simferopol, various kinds of events dedicated to the celebration of the Day of National Unity were held. Residents of the Crimean capital and guests of the city gathered in various locations to celebrate together the holiday of freedom, civil peace and the good consent of all people.

In the park named after Yu.A. Gagarin, at the sculptural composition «Three Graces», sports master classes, demonstration performances of athletes, competitions in various sports were held. There was also a site for the delivery of TRP standards and thematic sites of DOSAAF.

The sports program started with morning exercises. The event was held by the Minister of Sports of the Republic of Crimea Olga Torubarova.

The festive program continued in the public garden named after K.A. Treneva, where the fair of folk crafts was held. In addition to objects of decorative and applied art, the exhibition presents the cuisines of the peoples of the Crimean peninsula. Each of them is unique and extremely interesting.

As part of the Republican Youth Campaign, the quest «The Power of Unity» was held, dedicated to the history and culture of the peoples living both in the Crimea and throughout Russia.

The holiday does not end — on the night of November 4-5, the annual action «Night of the Arts» will be held in the cultural institutions of the Republic of Crimea.

Find out more:  It became known exactly when the repair of Proletarskaya, Kavkazskaya, Karaimskaya streets in Simferopol will be completed
Share

It became known exactly when the repair of Proletarskaya, Kavkazskaya, Karaimskaya…

Playgrounds are being installed in Simferopol

In Simferopol, the improvement of the square of the 50th anniversary of the USSR is…

Notary Chamber of Sevastopol: conscripts are served without a queue, daily and with…