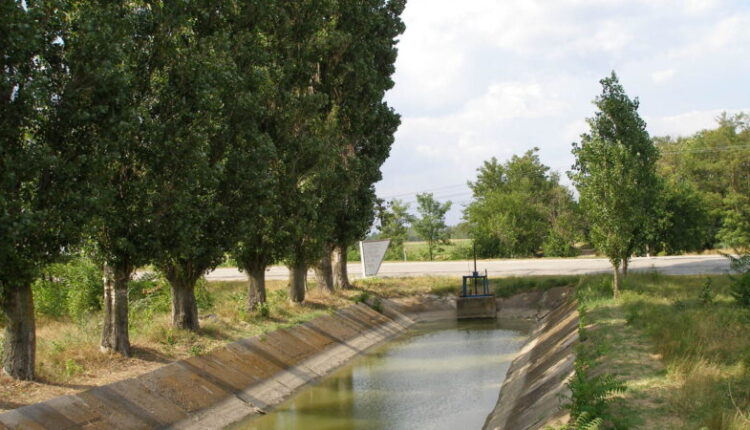 The irrigation season has begun for agricultural producers of the republic, whose irrigation fields are supplied with water from the system of the North Crimean Canal, including the initial flooding of rice crops with water.

It should be noted that the Dnieper water, according to experts, is suitable for national economic purposes. This was reported by the press service of the Federal Research Center «Institute of Biology of the Southern Seas named after A. O. Kovalevsky RAS».

Scientists studied water samples taken from the canal and estimated 14 hydrochemical parameters. The results of the study indicate its good quality in terms of the studied characteristics and full suitability for use.

According to operational information, since the beginning of the irrigation season in Crimea, 4.9 thousand hectares have been watered or % of the plan (in 2021 year for this period — 3.9 thousand hectares). Rice was sown and flooded on a total area 724 ha in three districts of the republic, including: in Krasnoperekopsky district — Dneprovsky LLC, Shturm Perekopa LLC, in Nizhnegorsky — IP Nikolin V.V. ., in Razdolnensky — LLC Chernyshevskoye +, KFH Khleborob, LLC Niva, LLC TPK Infocar. The total number of water users involved in irrigation is 115 agricultural producers, including according to contracts for the provision of services for the supply of water for irrigation — 51.

The Bakhchisarai, Salgir and Taigan state irrigation systems are in operation, providing water supply through the hydraulic structures of the Alma, Kacha, Belbek, Maly Salgir rivers, as well as from the Alminsky, Belogorsky, Balanovsky and Kutuzovsky reservoirs for irrigating the agricultural lands of the Bakhchisarai , Belogorsk and Simferopol districts and the agricultural zone of Alushta , — reported the State Committee for Water Resources of the Republic of Crimea.

In total, this year it is planned to irrigate 40, 4 thousand hectares of irrigated areas, including from the North Crimean Canal system — 21,1 thousand ha.

Find out more:  The head of the Crimea signed a decree on mobilization, what does it mean
3
Share