Lines from the order: «For courage and personal heroism …». The Ministry of Defense of the Russian Federation spoke about the awarded fighters 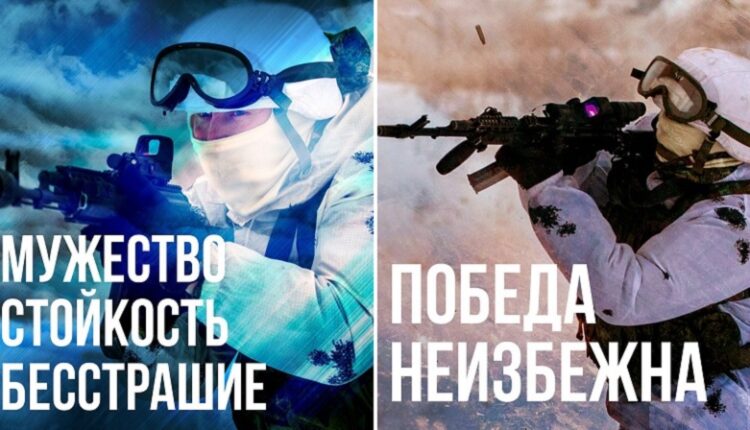 Rewards don’t look for heroes. These heroes, risking their lives, perform feats. And not for awards, but for truth, for victory, for comrades, for Russia. The Ministry of Defense of the Russian Federation told several more real stories of the NWO. Behind each of them — the fate of the fighters, courage and personal heroism … Well, and awards. As special insignia of warriors.

Gun commander Konstantin Tokar, as part of an artillery crew, performed artillery support tasks for Russian motorized riflemen advancing on the positions of Ukrainian nationalists. During the offensive, Senior Sergeant Tokar destroyed the enemy stronghold with an artillery strike. Having made an anti-fire maneuver, Konstantin quickly deployed the gun in a new position and hit the area where military equipment and personnel of foreign mercenaries were concentrated. As a result of targeted artillery strikes by Konstantin Tokar’s subordinates, the militants significantly lost their combat ability and were forced to leave their positions. Thanks to the professionalism, courage and bravery of Senior Sergeant Tokar, the task of advancing the Russian troops deep into the enemy defenses was completed.

Private Shamil Salmanov during the period of the special operation was responsible for organizing uninterrupted communications under continuous enemy fire. In the battle with the Ukrainian nationalists, as a result of an enemy artillery salvo, one of the cables was damaged, which led to the loss of communication between the assault units of the motorized riflemen and the artillerymen supporting their offensive. Under enemy artillery fire, despite the mortal danger, Private Salmanov advanced along the route of laying communication lines. He discovered the cable that was broken by the explosion of the projectile and promptly repaired the damage. As soon as communication was restored, the artillery crews were given the coordinates of the nationalist units, which contributed to the destruction of their military equipment and a large number of manpower. Thanks to the courageous actions of Private Shamil Salmanov, Russian servicemen were able to continue their successful attack on enemy positions.

Find out more:  A house party dedicated to the 80th anniversary of the victory in the Battle of Stalingrad was held in Simferopol

The unit under the command of Captain Dzhanbolat Gamzaev operated as part of a motorized rifle brigade, performing the combat mission of ensuring uninterrupted communications within the brigade and with the higher command. During the relocation to new positions, Captain Gamzaev personally supervised the deployment of a communication center. The enemy, trying to prevent our units from being fixed on new lines, attacked the positions of the motorized rifle brigade. Despite regular shelling by the militants, Captain Gamzaev managed to organize stable and continuous communication with the higher command, as well as at the brigade command post, as soon as possible, which allowed the leadership to promptly send commands to strike at militant positions. Repeated attempts by the enemy to disrupt the control of the brigade units were unsuccessful, thanks to the additional communication system deployed by the subordinates of Captain Gamzaev and providing prompt notification of the interacting troops.

Sergeant Yevgeny Gorbachev, as part of the patrol, was conducting engineering reconnaissance of the route of the column of Russian troops when he discovered several carefully camouflaged explosive devices along the route. The military engineer immediately reported this to the commander and proceeded to demining, during which he personally neutralized five enemy mines and land mines, securing the passage of the Russian column. The courage and skill of Sergeant Gorbachev contributed to the rapid advance of Russian troops without losses among personnel, weapons, military and special equipment.

Covid-19 in Crimea: one patient was hospitalized per day