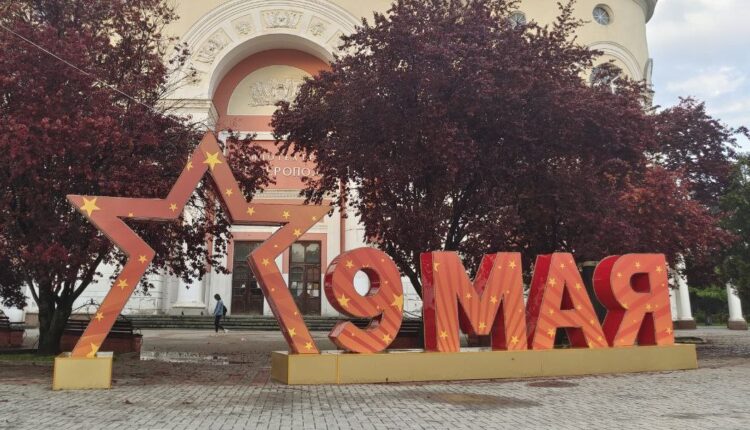 On May 9, events dedicated to the celebration of the 22 anniversary of the Great Victory will be held in Simferopol.

The main event is the Parade. It will start at 10: . Along Kirov Avenue from Amet-Khan Sultan Square to Sovetskaya Square, personnel of the Simferopol local garrison units and a mechanized column of military equipment will march in a solemn march. Residents and guests of the capital will be able to see the military parade from the sidewalk area along Kirov Ave.

All those present on the central square of the city will be able to watch the address of the President of the Russian Federation Vladimir Putin to the citizens of Russia in connection with the celebration in a live broadcast on the LED screen 77-th anniversary of the Great Victory.

The column of the «Immortal Regiment» will begin the procession at : Place of collection of the column: along Sevastopolskaya street from the street. Chekhov to st. Kozlov. Collection time — from 8: 45 to . The procession participants will walk from Lenin Square along Kirov Avenue, Sovetskaya Square, along Alexander Nevsky and Pavlenko streets to the Eternal Flame in the park. Yu.A. Gagarin. There will be the laying of flowers and wreaths at the Tomb of the Unknown Soldier.

AT 14: 00 on the site near the sculptural composition «Three Graces» in the park. Yu.A. Gagarin, a festive concert will be held with the participation of Crimean creative teams and soloists. Events will end with festive fireworks at 22: 00.

In connection with the Victory Parade in Simferopol on May 9 from 6: before 16: 00 traffic will be blocked, and parking of vehicles will be prohibited at the following addresses: 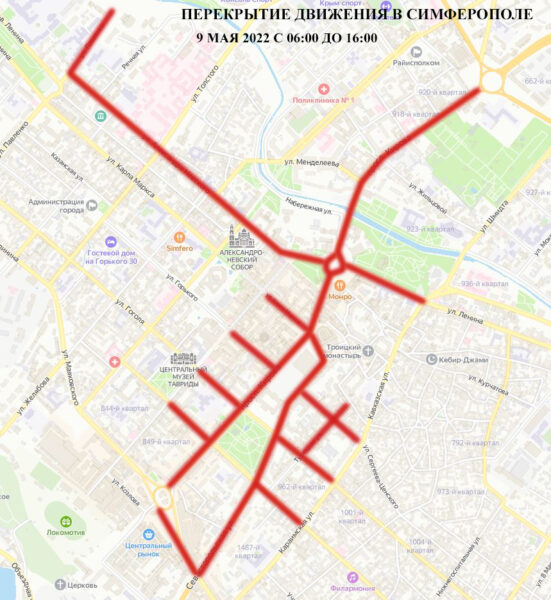 Pedestrian traffic on the central streets of the city will also be limited. On May 9, Simferopol will place 10 checkpoints for access to the territory of the Victory Parade and processions of the «Immortal Regiment»: