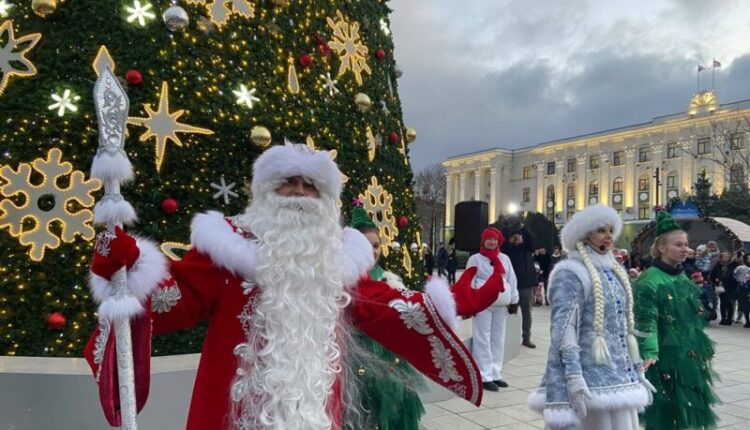 Lights were lit on the main Christmas tree of Simferopol.

The day before, on the Day of St. Nicholas the Wonderworker, the main Christmas tree of the capital of Crimea lit the lights. It was on Lenin Square in Simferopol that the New Year and Christmas holidays were launched.

The main characters, Santa Claus and the Snow Maiden, said the words familiar to all of us from childhood: “One, two, three, Christmas tree, burn!”, And the New Year’s beauty shone with bright lights.

Together with the main Christmas tree, thematic installations all over the city were lit up, and Father Frost’s post office also started working. In addition, during the holiday, fairy tale characters presented symbolic gifts to all children.

Until the end of the year, festive events will be held in all educational and cultural institutions of the Crimean capital. Also, a festive program for young residents and guests of the city is planned in the Children’s Park of Simferopol.

The museum and exhibition complex of the memorial «Krasny Concentration Camp» to be! Order of the President of the Russian Federation

In Sevastopol, a drunk driver received 10 days of administrative arrest

In Simferopol, the walls of high-rise buildings were decorated with murals with views…

In Simferopol, the improvement of the «chess» fountain has been completed

In Simferopol, the installation of the main New Year tree has been completed

Christmas tree markets will start working in Simferopol next week