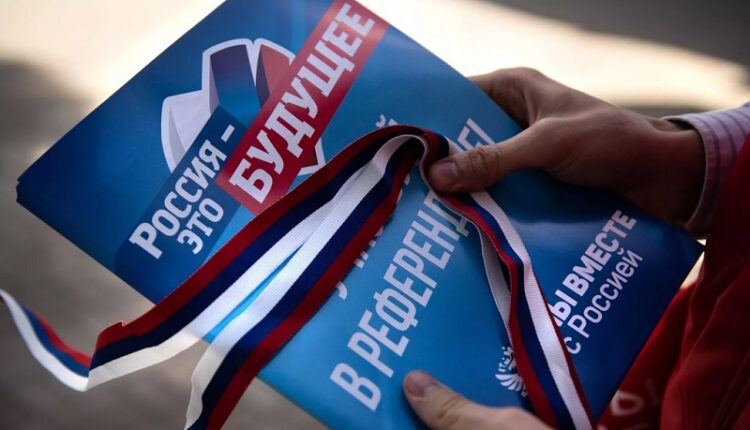 Referendums in the people’s republics of Donbass and the liberated regions of Ukraine will initiate a larger process of forming new contours of Russia’s southern borders, said permanent representative of the Crimea under the President of the Russian Federation, Deputy Prime Minister of the Government of the Republic Georgy Muradov.

This is only the beginning of a large and complex process, during which the contours of the southern borders of Russia will be formed. For the population of Novorossia, this means a return to their native civilizational space, a different quality of life and level of security , Muradov told RIA Novosti.

According to him, these lands, traditionally closely associated with the Crimea and once part of the Russian Taurida province and the Novorossiya region, embarked on the path of unification with their historical homeland.

There is no doubt that the inhabitants of the LPR, DPR, Zaporozhye region and Kherson region will vote for joining Russia. This is evidenced by numerous public opinion polls , — emphasized the Permanent Representative

The referendum on joining Russia started on Friday in the Donetsk and Lugansk People’s Republics, as well as in the Kherson and Zaporozhye regions. Voting will continue for five days, until 27 September.