Over 4 months of 2022, about 7 thousand crimes were committed in Crimea 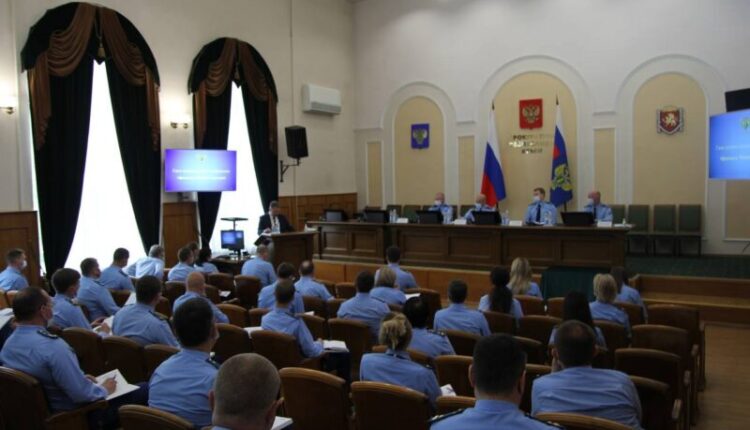 For 4 months, about 7 thousand crimes were committed in Crimea, which is 4% less than the same period last year. This is reported by the Prosecutor’s Office of the Republic of Crimea.

The nationwide crime detection rate is 74%. There is a decrease in the number of crimes committed in public places, as well as in a state of intoxication.

Thus, the prosecutor’s office of Yalta controls the course of the investigation of a criminal case on the fact of an attempt to sell a psychotropic substance on an especially large scale. It follows from the materials of the criminal case that a local resident illegally acquired and stored, for the purpose of further sale, a psychotropic substance amphetamine in his garage box, which he packaged in small lots. In the course of carrying out operational measures by employees of the internal affairs bodies, a prohibited substance weighing more than half a kilogram was withdrawn from illicit circulation. At present, the necessary investigative actions are being carried out in the criminal case, aimed at establishing all the circumstances of the crime committed.

It is emphasized that 3.1 thousand crimes against property were registered in Crimea, the detection rate of which was 62,2%.

Find out more:  The head of the Crimea promised to support the tourist industry in connection with the decrease in the flow of tourists to the peninsula

It should be noted that the number of registered cases of theft from bank accounts, as well as fraud using IT technologies, has decreased on the territory of the Republic.

Issues of combating crime and ensuring the principle of the inevitability of punishment are under the control of the republican prosecutor’s office.