Risk, precision, victory. The Ministry of Defense of the Russian Federation — about the heroes of the Great Patriotic War and the special operation in Ukraine 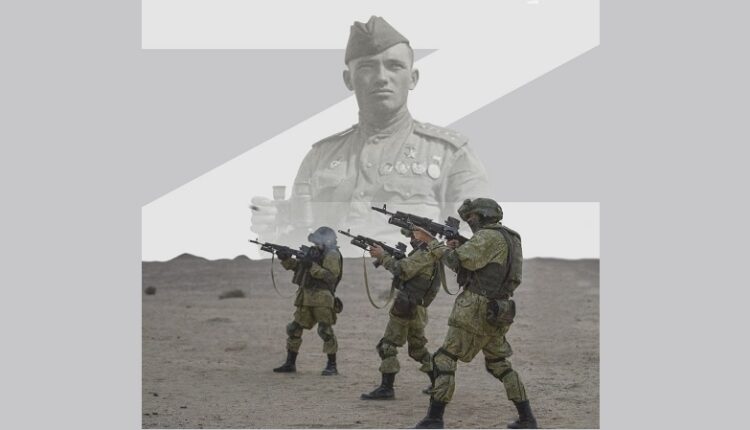 The Ministry of Defense of the Russian Federation draws parallels between the events of the Great Patriotic War and the current special operation in Ukraine. Another two-part story about artillery heroes, liberator heroes.

Direct fire on the enemy.

During the march, a Russian tactical group of a howitzer artillery battalion came under fire from Ukrainian nationalists. In the ensuing battle, Corporal Ayur Balzhinimaev deployed his gun and destroyed a Ukrainian infantry fighting vehicle and an ammunition vehicle with direct fire. Advancing further, Ayur Balzhinimaev also smashed a checkpoint of Ukrainian nationalists and a field refueling point with direct fire. As a result of the explosion of the tanker, up to the enemy motorized rifle company was liquidated.

Once in August 1941, Senior Sergeant Stepan Voronin, who commanded a gun crew consisting of five brothers, shot at point blank range German columns of machine gunners. A few days later, he also destroyed a machine-gun point and a large number of Nazis with direct fire. Soon the score of Stepan Voronin was: five machine-gun nests, 11 dugouts, four machine guns with crews, one German tank and more 50 soldiers and officers of the enemy.

Find out more:  Rescuers who pulled children from a flooded bridge on the Salgir River were awarded in Simferopol
8
Share