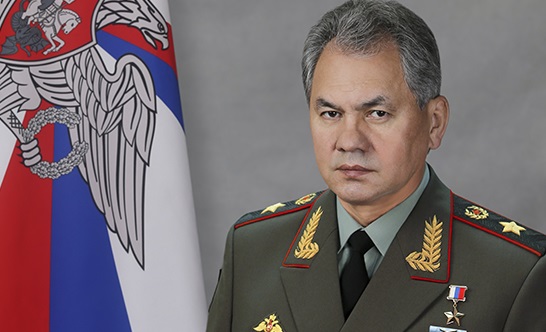 Dear comrades! Friends! In the outgoing year, we all faced serious trials that changed the usual course of time , the Minister of Defense of the Russian Federation said in his address to the military. — We are meeting him in a difficult military-political situation. When they try to cross out our glorious history and great achievements, they demolish monuments to the victors of fascism and erect war criminals on a pedestal, cancel and desecrate everything Russian. Under these conditions, the upcoming New Year holiday remains not only a good folk tradition, but also acquires a deeper meaning, being a symbol of our hopes for a peaceful future.

Sergei Shoigu addressed all the soldiers on the front line.

Heroically fulfilling combat missions to protect the national interests and security of Russia, you are celebrating the coming New Year away from your relatives, solving the most difficult tasks in the course of a special military operation. Being on the front lines and positions, on combat duty and in remote areas of the world’s oceans, today you are protecting not only the great history of Russia, but also its bright future. Behind each of us is Russia , — said Shoigu.

The Minister of Defense of the Russian Federation thanked the servicemen for the courage and heroism shown in the performance of military duty.

The outgoing year will forever enter the military chronicle of the Fatherland, filled with your immortal deeds, selfless courage and heroism in the fight against neo-Nazism and terrorism. I thank you all for your service and loyalty to the oath , — added Sergei Shoigu. — We will always remember our comrades who sacrificed themselves while performing combat missions in the name of saving civilians from genocide and violence only for the right to speak Russian. The memory of them will live in the hearts of the peoples of Russia forever.

The head of the Russian military department expressed special gratitude to doctors, workers of the military-industrial complex, builders and volunteers. To all caring citizens who make their invaluable contribution to strengthening the country’s defense capability and establishing a peaceful life in the territories liberated from the Nazis.

My most sincere words of gratitude to all the relatives and friends of our servicemen. The warmth of your love, spiritual light and support is the most important thing for every soldier, wherever he is. Kudos to you for this. In the coming year, I want to wish everyone good health, fortitude, reliable and devoted comrades and, of course, clear skies! Our Victory, like the New Year, is inevitable , — said the Minister of Defense of the Russian Federation.

Find out more:  Round-the-clock duty of special road equipment is organized at the Angarsky and Grushevsky passes
Share

New Year's address of the Head of the Republic of Crimea

Vladimir Putin visited the headquarters of the Southern Military District: awards, communication with heroes and a new format for congratulating the New Year