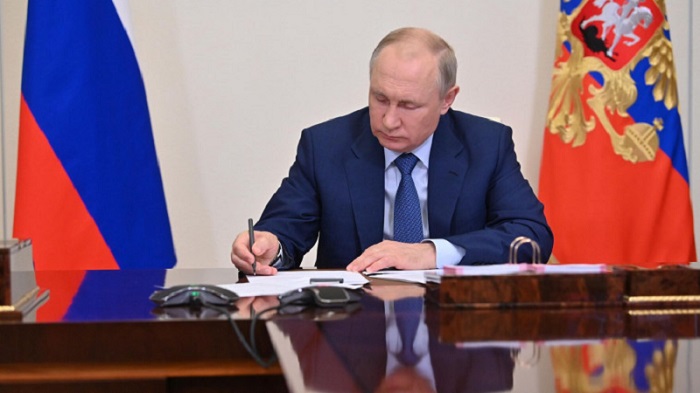 On Tuesday, May, Russian President Vladimir Putin signed decrees appointing interim heads of the Republic of Mari El, Kirov, Ryazan, Saratov and Tomsk regions. The governors of these regions resigned of their own accord earlier in the day.

Chairman of the government of Kalmykia Yury Zaitsev was appointed acting head of Mari El, the Kirov region was headed by the assistant of the Kremlin Office for ensuring the activities of the State Council Alexander Sokolov, and the head of Rosstat Pavel Malkov became the acting governor of the Ryazan region. In addition, Roman Busargin, chairman of the regional government, vice-governor, was appointed interim head of the Saratov region, and Vladimir Mazur, deputy head of the Kremlin Department for Internal Policy, was appointed acting head of the Tomsk region.

Experts note that four out of five acting heads of regions have been trained under the program for the development of the personnel management reserve of the Higher School of Public Administration of the RANEPA (“School of Governors”) — Vladimir Mazur is still continuing his studies.

Director of the Center for Political Analysis and Social Research Pavel Danilin believes that the main point of the new appointments is the selection of professionals who are quite active, young and have already managed to demonstrate themselves in various positions, both in the regions and at the federal level. He noted that most of the appointees are graduates of the Higher School of Public Administration of the RANEPA, in addition, they are all younger than their predecessors.

Find out more:  The State Council of Crimea gave the go-ahead to be elected to the post of Head of the Republic more than twice

Director of Political Analysis of the Institute of Social Marketing (INSOMAR) Viktor Poturemsky, in turn, recalled that all the resignations took place in the regions where elections were planned this year, so they look logical.

The five resignations that took place occurred for different reasons, so it is quite difficult to single out something in common in these cases. If we discuss personnel appointments, then it seems to me that all of them proceeded from the task of managing the region in rather difficult, primarily economic, conditions. If you look at the overall strategy, then, in my opinion, nothing supernatural has happened — the main supplier of personnel has traditionally been the “school of governors”. This is a personnel center that has shown its maximum efficiency, which supplies trained professionals who are able to show significant results in a fairly short period of time even in the most difficult areas, and there are enough examples of this , — says the expert.

The main priorities for young appointees will be two areas — the economy and the social sphere.

Interestingly, since the launch of the “school of governors” in year 46, its participants have become heads of Russian regions — this is more than half of all governors of the country. Taking into account the new interim 10 heads of regions — graduates of the IV stream. The first appointment as the head of the region from the fifth stream (Tomsk region) took place.