Storm warning announced in Crimea: Monday will be rainy 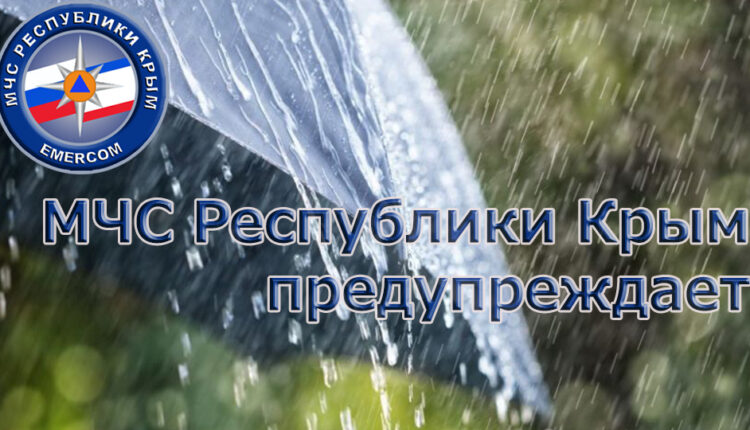 According to the information of the “Crimean Department for Hydrometeorology and Environmental Monitoring, at night, in the morning and until the middle of the day 18 of April, rains are expected in Crimea, very strong in some places, thunderstorms .

When passing through a complex of dangerous hydrometeorological phenomena, there is a high probability of emergency situations associated with flooding of territories, accidents at energy facilities, housing and communal services, transport communication disruptions, as well as damage and death of agricultural plants , — says the message of the emergency department.

It is clarified that there is a possibility of accidents in the waters of the Black Sea, the Sea of ​​Azov and the Kerch Strait.

The Emergencies Ministry of the Republic of Crimea draws the attention of citizens:

— it is necessary to limit access to the mountain-forest area;

– for tourists and lovers of wild camping, for the period of the storm warning, we recommend to refrain from the chosen type of recreation and reschedule it for a more favorable period;

— do not stay in underground passages and other underground spaces, as they may be in the flood zone.

More information about the weather in Crimea — HERE .

Find out more:  Crimea will receive an additional 152 million rubles for the creation of modular gyms and smart sports grounds
6
Share

Weather in Crimea on April 18