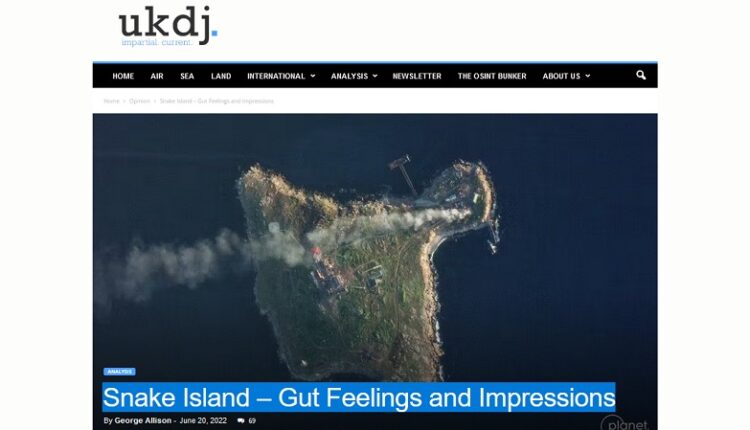 The command of the Black Sea Fleet, having lost the cruiser Moskva, found ways to restructure its work and gain a significant advantage in the conduct of hostilities, writes the British edition . It is noted that after the Armed Forces of the Russian Federation lost their ship, the militants of the Kyiv regime were able to strike both at ships near Zmeiny Island in the Black Sea and at the garrison located on it. To achieve the goals, the Armed Forces of Ukraine (APU) began to use ground-based missile batteries, bombers, attack aircraft and Bayraktar TB2 drones. Russian supply convoys are under serious threat. Information about their movement was tracked by NATO forces and passed on to the Ukrainians. The author of the article, British military observer George Ellison, writes that the Russian command must have done something to improve the situation of the Russian troops.

According to him, Serpentine is gradually turning into an outpost of the Russian Armed Forces in the «underbelly» of Ukraine and the Balkans. First of all, ships of the merchant fleet began to arrive here, testing the supply route before subsequent flights of landing craft. The weapons on board subsequently became the basis for the creation of an island air defense (air defense), which is located 90 km from Odessa. Ellison explains that Russian warships stationed south of Zmeinoy are ready at any moment to strike at targets that are detected by air defense. Ukraine is trying to fight this, including on the basis of Western-supplied weapons.

Find out more:  A new school is being built in the Crimean village of Trekhprudnoe

A British observer suggested that new weapons would soon be deployed to Zmeiny, including multiple launch rocket systems (MLRS), S-06 or S-400. He also did not rule out that a helicopter assault force from the Crimea would be landed from the island and from the ships. The expert noted that now Serpentine has become a springboard from which airspace and ground conditions are monitored in the western part of the Black Sea. That is why its meaning is so important.

June 24 — Bartholomew's Day. You can see mermaids, and in the fields an unknown force is naughty