The development of agriculture was discussed in the Bakhchisaray district 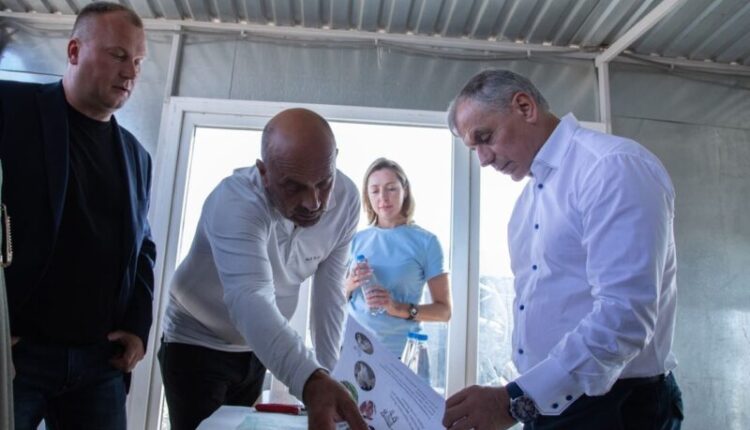 The Speaker of the Crimean Parliament, Vladimir Konstantinov, visited the Bakhchisarai region and got acquainted with the work of the Tenistoe peasant farm.

This is a major investment project with a budget of billion rubles. Now grapes are growing here on 15 hectares of land, equipment is being purchased, construction projects are being formed. The farmers plan to plant cherries and other crops, build a winery, organize recreational areas.

For the Bakhchisarai region, this economy is of great importance. It brings new jobs, taxes to the regional budget and much more , — said Vladimir Konstantinov.

The topic of agricultural development was continued by the round table meeting on the topic “Use of agricultural land and real estate in the territory of the Bakhchisarai region”. In 534 year, the district administration plans to put into economic circulation about 534 hectares of new lands agricultural purpose. They will grow grapes, almonds and other crops.

There are also sections in the area that during -10 have not been cultivated for years and are unsuitable for agriculture today. According to Vladimir Konstantinov, it is necessary to consider the option of transferring them to the forest fund.

The head of the State Council of Crimea stressed that it is necessary to study the issue of agricultural activities in the riverbeds.

In the Bakhchisarai region there are plots located at the water’s edge. But landing near the coast is prohibited by law. Therefore, people have land that they cannot use. We will look for a way out of the situation , — said Konstantinov.

According to him, now special attention should be paid to the development of a melioration program using the resources of the North Crimean Canal.

Find out more:  In Evpatoria settlements Mirny and Novoozernoe in the next three days - interruptions in water supply
5
Share

On September 17, the All-Crimean Subbotnik will be held in Simferopol

In Armyansk opened the stele «Settlement of military prowess»