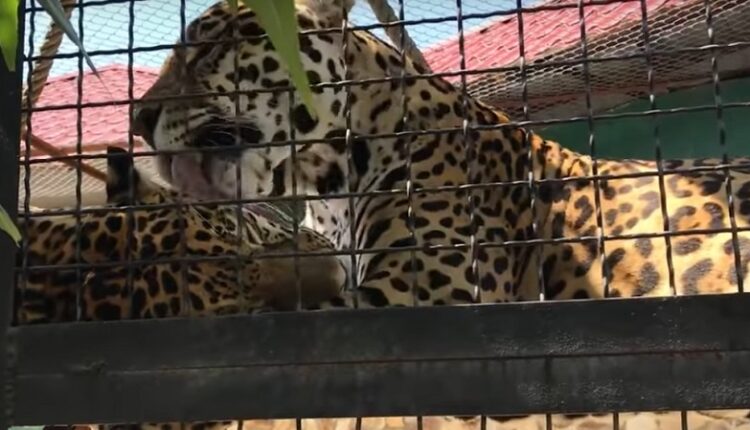 The main comment is ahead — it will be given by the injured employee of the Lviv Park.

Director and founder of the Taigan Safari Park Oleg Zubkov commented on the recent incident with the jaguar. Recall that in May in the park of lions, a worker was injured as a result of a jaguar bite. In the circumstances of the incident they are investigating

Investigative Committee and Prosecutor’s Office. First of all, we are talking about a violation of safety regulations. By the way, Oleg Zubkov agrees with this conclusion. He writes about this in his personal blog.

Nothing terrible happened in Taigan. The usual consequence of a gross violation of safety regulations. I was not personally present at the incident, and it is better to tell the culprit of the incident himself, who is alive, safe and recovering now in the hospital, about what happened. I think that in a few days he himself will tell what and how happened to him , — said Oleg Zubkov.

That’s how it is… So, according to the press service of the Crimean prosecutor’s office, the worker, «carrying out labor activities, independently approached the cage with the jaguar, as a result of which he was injured.» But the practice of similar cases shows that the leaders of negligent (also injured) employees are often guilty of violating the PTB …

Find out more:  The Museum-Reserve Tauric Chersonese is a partner of the All-Russian project “Another thing”
12
Share

Who's threatening to «hit the Crimea» there? «Answer» will arrive quickly