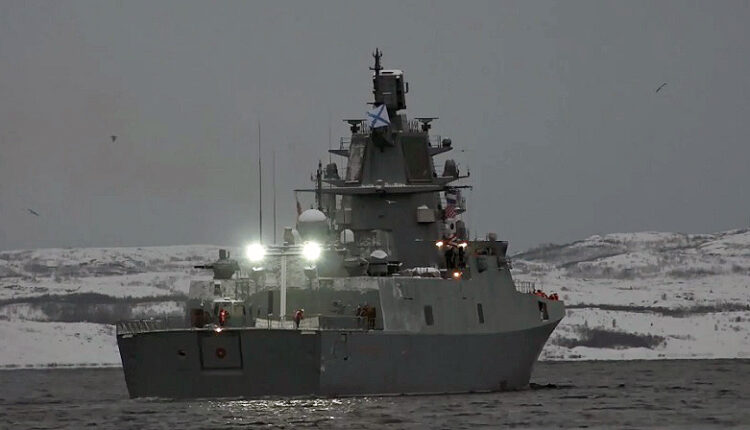 Today, the frigate Admiral Gorshkov, equipped with Zircon hypersonic missile systems, entered combat service. The ceremony was attended by Russian President Vladimir Putin. Before the ship set out on a long-distance sea voyage, the Head of State listened to the reports of the Minister of Defense of the Russian Federation Sergei Shoigu and the commander of the frigate «Admiral of the Fleet of the Soviet Union Gorshkov» Igor Krokhmal via videoconference.

I am sure that such powerful weapons will reliably protect Russia from potential external threats and will help ensure the national interests of our country.

The frigate «Admiral of the Fleet of the Soviet Union Gorshkov» is a modern multi-purpose ship with guided missile weapons designed to solve problems in the far sea and ocean zones. It was accepted into the Navy in 2018 and modified in 2021 to use the Zircon hypersonic missiles.

I would like to emphasize that we will continue to develop the combat potential of the Armed Forces, produce advanced models of weapons and equipment that will guard Russia’s security in the coming decades. This is a promising weapon , Putin said.

As specified in the Russian Defense Ministry, the main efforts during the campaign will be focused on countering the threats of Russia, maintaining regional peace and stability jointly with friendly countries. During the exercises and trainings, the actions of the crew on the use of hypersonic weapons and long-range cruise missiles in various environmental conditions will be practiced.

Find out more:  A fishing boat in distress was rescued in the Kerch Strait
Share

Reminder: except for the New Year and Christmas holidays, when else will we rest in 2023

He fulfilled his medical and official duty to the end. The Ministry of Defense of the Russian Federation spoke about the feat of the major of the medical service