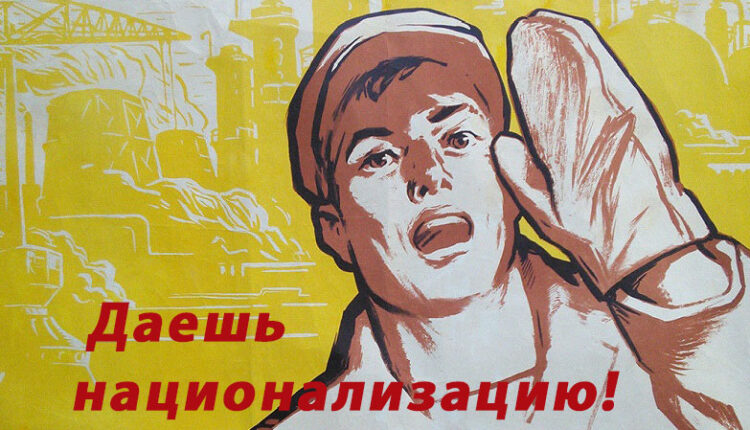 The Government Commission for Legislative Activities has approved an initiative that provides for the possibility of nationalizing the property of foreign organizations leaving the Russian market. This was the press service of United Russia.

The Government Commission for Legislative Activities has approved the second package of measures to support the Russian economy in the face of sanctions. It provides for the first step towards the nationalization of the property of foreign organizations leaving the Russian market , the report says.

This proposal was previously made by United Russia.

The draft law allows the introduction of external administration by court in organizations, more than 25% of which are owned by foreign persons of unfriendly states, upon termination of activities. This will prevent bankruptcy and save jobs , the message says.

According to the initiative, the owner can give up external management within five days in case of resumption of activities or sale of a share, provided that the business and employees remain.

In turn, First Vice Speaker of the State Duma Alexander Zhukov noted that the new rules will allow members of the board of directors of such organizations or the Federal Tax Service to apply to an arbitration court for the appointment of an external administration.

The authorities of the constituent entities, prosecutors of the constituent entities and other bodies can also initiate such an appeal. With the date of acceptance of the application by the court, interim measures may be introduced in relation to the company in the form of a ban on the disposal of property, dismissal of employees, termination of individual contracts, disposal of shares in the authorized capital , Zhukov emphasized.

According to him, the draft law also provides for the introduction of an alternative mechanism, “ which allows owners to waive the external administration appointed for six months, if the owner decides to resume activities or sell a share with an obligation buy or keep business«.

March 10 is the day of Taras the Sleepless. Fear Kumaha!