The head of Crimea visited the Leninsky district on a working trip. «Debriefing» ended in resignation 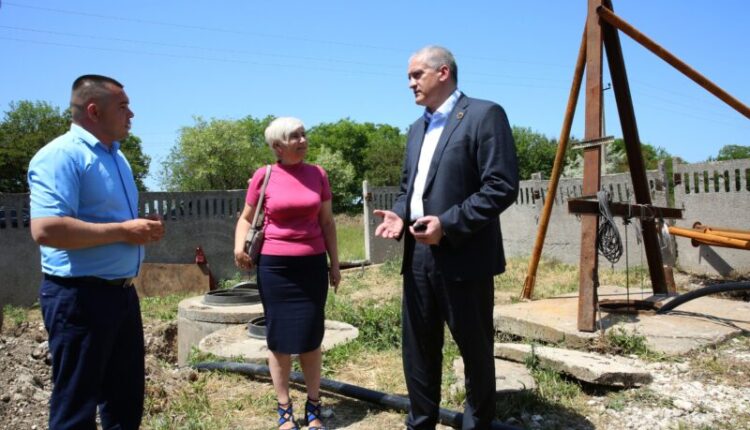 Following the results of the working trip of Sergei Aksyonov to the Leninsky district, the head of the district administration, Ekaterina Yurovskikh, wrote a letter of resignation of her own free will (she held the position from 529 of the year). The reason was the unresolved problems of the region, the analysis of the shortcomings of the local leadership, and the personal impressions of Aksyonov. As the Head of Crimea noted, the candidacy of the acting head of the administration will be announced before the end of today.

What the Head of the Republic of Crimea saw in the Leninsky district.

As Aksyonov himself noted, today he inspected social facilities and residential buildings, assessed the state of infrastructure and the road network in the region. Enough impressions. There are also quite a few tasks.

In the villages of Erofeevo and Lugovoe, by the end of the year, two pedestrian crossings across the Tavrida highway with stopping pavilions should be equipped. The cost of each will be about 150 million rubles. In addition, he instructed to organize a bus service and delivery of subsidized medicines in the village of Erofeevo, solve the issue of street lighting and equip a sports ground

, — said the Head of the Republic of Crimea.

The cost of a major overhaul of the hospital in Bagerovo will be 286 million rubles. First of all, it is necessary to repair the roof and the heating system, then replace the glazing, repair the offices of the medical staff and hospital wards, and provide the institution with medical equipment.

Find out more:  The legal field of the Russian Federation will determine the activities of classified sites - sites with ads

Residents of the village regularly complain about the lack of water supply. The wells have been repaired, there should be no more interruptions in water supply. He instructed the State Unitary Enterprise of the Republic of Crimea «Water of Crimea» to take control of the operation of networks in the village of Bagerovo. Instead of solving this problem with one phone call, the administration preferred to play for time and test the patience of local residents , Aksyonov emphasized.

In an apartment building No. 13 The roof is leaking on Nagornaya Street, major repairs are required. In addition, it is necessary to take measures to strengthen the expansion tank of the heating circuit located on the roof.

I instructed the Ministry of Housing and Public Utilities to leave for the village in the coming days, conduct the necessary examination and find ways to solve acute problems. Until the end of the week, it is necessary to put an end to all issues related to emergency houses, of which there are eleven in the village. In July, the repair of the road surface should be completed on the site along Pryamoy Street. SUE RK «Krymgeologiya» was instructed to drill another water well in the village, which will become an additional source of water

, shared the Head of the Republic.

«Debriefing» in the Leninsky district is still ongoing.

Rosreestr holds the All-Russian Week of Legal Aid to Children

Opinion: even without flights, the transport accessibility of Crimea is in order