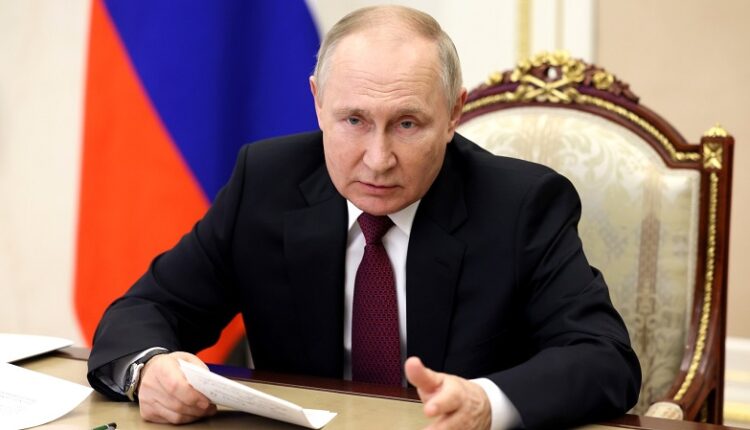 Russian President Vladimir Putin set the task of increasing the volume of deliveries to the troops and improving the quality of products.

It is important for us not only to increase the volume and range of supplies, but also to improve the quality characteristics of products , the Head of State said on Thursday at a meeting with members of the Coordinating Council under the government to meet the needs of the RF Armed Forces.

According to the President, direct communication between manufacturers, design centers and those who use this equipment is important. Extraordinary measures to meet the needs of the Armed Forces (AF) of the Russian Federation are not needed, Putin said. At the same time, the Head of State pointed out the need for clear coordination between various structures.

We agreed, and there is no need to introduce any extraordinary measures, nothing needs to be done, but it is necessary to establish clear, high-quality, well-coordinated work , Putin said.

In his opinion, this is useful, and in the current situation it is necessary in order to provide the Armed Forces of the Russian Federation with everything necessary during the special operation in a timely manner.

The President believes that all issues are important here, including the monetary allowance of military personnel, equipment, equipment, medicine, construction work for military purposes, and special military equipment. Putin demanded that targets be formed for each of these areas with clear production programs and delivery dates for everything needed.

The head of state added that such work supports not only the defense industry, but also related industries. Putin announced the need to use what is happening in real life in order to support promising developments and industrial production.

Of course, this must be done in strictly fixed volumes, in units, with the dates of receipt of products by those who should use these products , — Vladimir Putin pointed out.

At the meeting, he is waiting for reports on how the implementation of the targets is progressing.

Find out more:  Covid-19 in Crimea: 27 cases of new coronavirus infection per day

The President recalled that the Coordinating Council under the government has been operating for more than a month, so it is possible to sum up “ some results and, if necessary, correct the work ”. Putin stated that this mechanism was launched to improve the quality of coordination and the pace of work of ministries, departments, enterprises and regions — “ and in general, but also in fulfilling the state defense order, in supplying a special military operation «.

Putin also said that he would discuss issues of state defense orders and the tasks of the defense industry at the upcoming board of the Ministry of Defense. According to him, in general, close joint work is necessary in this case between the military-industrial complex and the armed forces, including in the preparation and adjustment of the state defense order, in setting promising tasks for the industry.

He also drew attention to the importance of feedback:

I know that representatives of design bureaus, scientific organizations and especially industrial enterprises work with those who use these special products.

According to TASS and the Kremlin press service. Photo: kremlin.ru.

Weather in Crimea on November 25