The problems of Kerch are indicated. Queue for Evpatoria 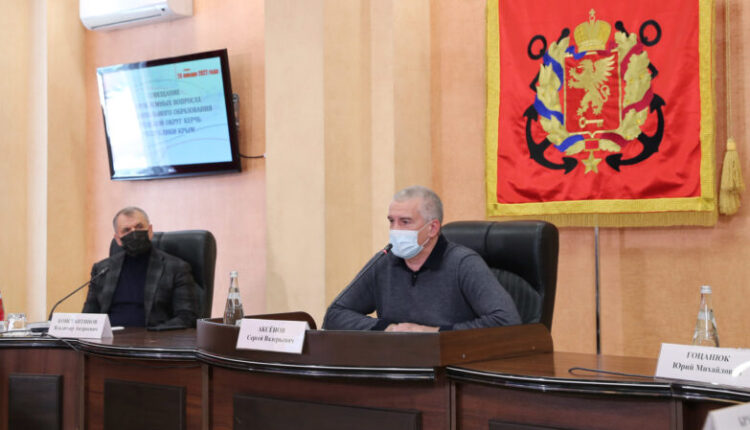 The head of the Republic of Crimea Sergey Aksyonov held a working meeting on the problematic issues of Kerch. One of the questions was a possible increase in tariffs.

Only the general meeting of tenants is legitimate in terms of decision-making. Managing organizations do not have the authority to set tariffs for cleaning and maintenance of the territory unilaterally. Citizens should be offered a choice of tariffs with an explanation of how much work will be performed for each certain amount , the Head of Crimea noted.

As it was announced during the meeting, systematic work on the fulfillment of the tasks set earlier and bypassing the territories of the municipality will be continued.

Sergey Aksyonov also instructed to place on the websites of the administrations of all municipalities of the republic up-to-date information on ongoing activities with indication of addresses and terms.

The Head of the Republic instructed the administration of Kerch and the Ministry of Ecology and Natural Resources of the Republic of Crimea to work out the issue of improvement of beach areas and adjacent territories. He came up with the initiative to plant green spaces during community work days, as there are vast areas in the city that require landscaping. Even before June 1, it is necessary to put things in order in the city forests.

Commenting on the words of the head of the administration of Kerch, Svyatoslav Brusakov, about the work carried out to clean the storm drains, Sergey Aksyonov expressed the hope that incidents with the flooding of the city would not be repeated in the future. The head of the Republic of Crimea said that in 800 the repair of more than 13 adjoining territories.

The Republic faces an ambitious task of repairing 500 adjacent territories per year, including up to 348 territories in the city of Kerch annually, Aksyonov specified.

During the report of Acting Minister of Health Konstantin Skorupsky, it became known that three ambulance teams will be additionally deployed within a month, which will reduce the workload on working crews, increase the number of calls handled, and also reduce the time of arrival of an ambulance.

The government keeps the situation under control, there is more than enough equipment: thanks to the President, we have recently received more than 146 new carriages Ambulance. Some of the old equipment is also in working condition, as a reserve it can be used in any direction, if necessary, municipal transport and volunteers will be involved. At the same time, we will be able to solve the problem of lack of drivers with the assistance of the Ministry of Transport of the Republic of Crimea and the State Unitary Enterprise of the Republic of Crimea «Krymtrolleybus» , — said Aksyonov.

The head of Crimea instructed the Ministry of Industrial Policy of the Republic of Crimea to provide intermediate results by March 1 following the results of stabilization of food prices at NTO facilities. In addition, Sergey Aksyonov recommended that all resource-supplying organizations of the city be placed in one room.

Find out more:  The Supervisory Board for the creation of a yacht marina in Balaklava was formed. It consists of 52 people (list)

The next workshop on the problems of the municipality will be held in Evpatoria.

Based on the results of the «government landing» in Kerch, an interactive map of the city's «problem points» was created