The railway tourist cruise «Crimean Voyage» set off from Moscow 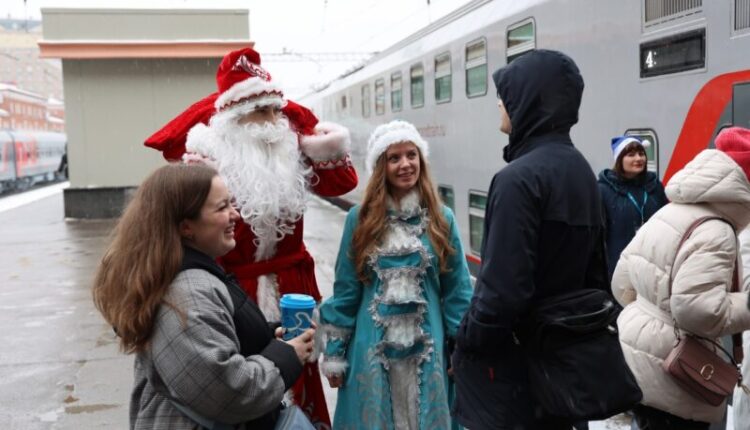 «Grand Service Express» (GSE) and the tour operator «Grand Express Tour» on Friday launched the New Year’s tourist rail cruise «Crimean Voyage» from Moscow to the Crimean Peninsula. This was reported by the press service of the GSE.

A two-story train of one SV car, six compartment cars and one dining car set off today from Moscow to 13: 13. Some passengers will join in Voronezh and Rostov-on-Don. In total, about 300 people will take part in the railway cruise, the message says.

New Year’s tour to the Crimean peninsula is designed for six days. Excursions around Anapa, Sevastopol, Balaklava, Evpatoria, Simferopol and Kerch are provided for the participants. Thus, in Balaklava it will be possible to visit the Zolotaya Balka champagne and get acquainted with the production of wines, in Yevpatoria — a show of whirling dervishes (monks-hermits), and in Kerch — climb the Mithridates stairs and see the excavations of the capital of the Bosporus kingdom, the city of Panticapaeum.

It was festive on the platform: Father Frost and Snegurochka came to see the train off, with whom the passengers took pictures. Many travelers brought Christmas decorations and garlands with them to decorate the compartment. It smelled like tangerines. Passengers during the railway cruise will be able to visit several southern cities at once, and on the evening of January 4, the train will return to Moscow. Residents of Voronezh and Rostov-on-Don can still join us , — noted in the GSE.

Find out more:  A target loan agreement was signed in Crimea as part of the regional program “For Support”
Share

And 4 hours of waiting, and 6 hours, and … Traffic jams in front of the Crimean bridge — a reality given to us in sensation