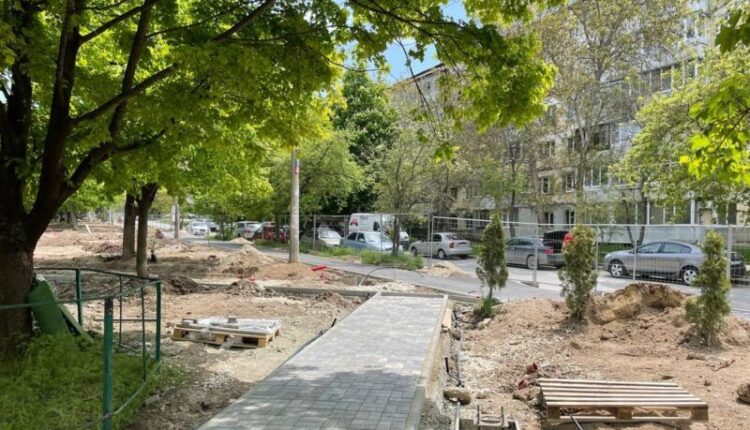 In Simferopol, the reconstruction of the public garden 50 — the anniversary of the USSR (on Zalesskaya Street) is underway. Roman Gusynin, Head of the Department of City Economy of the Simferopol Administration, spoke about the progress of work.

According to him, the improvement is being carried out as part of the implementation of the Agreement between the Government of Moscow and the Council of Ministers of the Republic of Crimea on trade, economic, scientific, technical and cultural cooperation within the framework of the state program «Formation of a comfortable urban environment.»

Work is progressing according to schedule. To date, the site has completely dismantled the old coating. Workers are installing embedded parts for the installation of street lighting poles and automatic irrigation systems. The contractor also lays paving slabs and asphalts footpaths , Roman Gusynin noted.

He added that the installation of small architectural forms, children’s play and sports complexes, video surveillance systems and landscaping are envisaged on the public territory.

The cost of landscaping the Simferopol public garden 50 — anniversary of the USSR — 85 million rubles.

Photo: press service of the administration of Simferopol.

In the Kirovsky district of Crimea, police discovered a drug plantation. What awaits the «agronomist»-amateur

Weather in Crimea on May 13

Although not a resort town, but the capital of Crimea. Tourist season 2022 opened in…

Fountains are being prepared in Simferopol