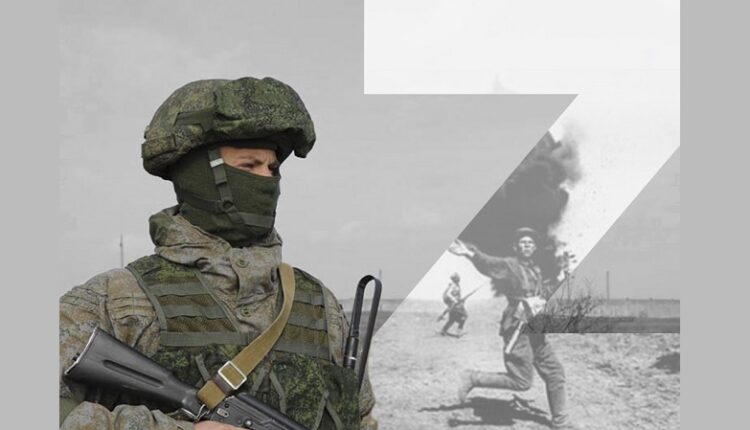 Courage at all times has been a hallmark of not just “real men” and “warriors”, but real heroes. The Ministry of Defense of the Russian Federation continues to find information in the archives about events, facts, examples of courage and bravery during the Great Patriotic War and draw parallels with the present — a chronicle of a special operation in Ukraine.

During the defensive actions of the Russian motorized rifle units, repelling the attack of superior enemy forces, the tank crew of senior sergeant Kazbek Alimuradov quickly pulled ahead and diverted the attention of the advancing nationalists to themselves. This allowed the Russian troops to carry out the wounded, and then go on a successful counteroffensive. Supporting motorized riflemen, the tankers in that battle destroyed three units of armored vehicles and nationalists.

In the 1945 year, when the Soviet troops broke through the fascist German defensive line on the western bank of the Oder, the crew of the tank of the guard, junior lieutenant Sergei Dryagin, was the first to break into the enemy defenses. With his decisive actions, he ensured the advance of the Soviet infantrymen, while suppressing six machine guns and three anti-tank guns.

Find out more:  St. Petersburg, Nizhny Novgorod, Kazan, Voronezh and Tula are the most popular railway destinations in the first half of the year
2
Share

Not by number, but by training and courage. Ministry of Defense of the Russian Federation — about the heroes of the special operation in Ukraine

A complex of climbing walls was installed in Yalta