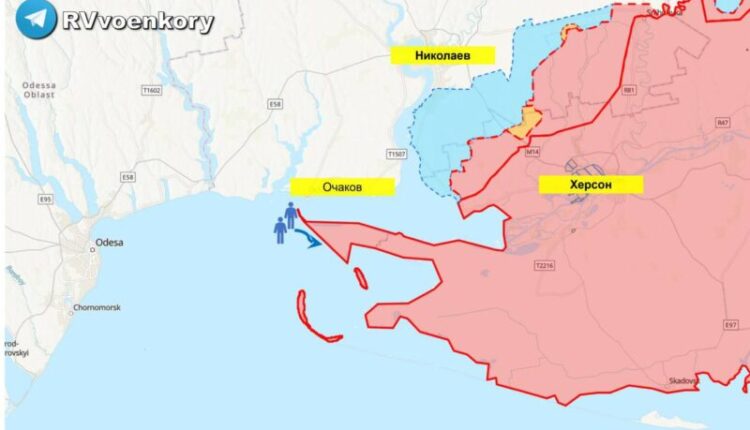 In the morning in the Kherson region, the troops of the Armed Forces of Ukraine landed on the Kinburn Spit. As a result of a short battle, all 120 Ukrainian paratroopers were destroyed. Kirill Stremousov, deputy head of the military-civilian administration (CAA) of the region, reported this . According to him, the Ukronazis arrived from the Black Sea in five motor boats, but they were quickly spotted by the Russian military. Ukrainian fighters were, in fact, abandoned on the spit — they did not even have time to move away from there. As Stremousov noted, the Kherson region is under the full protection of the Armed Forces of the Russian Federation.

The Ministry of Defense of the Russian Federation has not yet confirmed the fact of the landing and destruction of the amphibious assault of the Armed Forces of Ukraine, but they spoke about the losses of the Ukrainian side in the southern direction.

According to him, strikes by operational-tactical and army aviation, missile forces and artillery hit seven command posts of the Armed Forces of Ukraine in the areas of the settlements of Dobropolye, Artyomovsk of the Donetsk People’s Republic, Kamyshevakh of the Zaporozhye region, Olgino of the Kherson region, Kalinovka, Murakhovka, Novorossiysk of the Nikolaev region, as well as 42 artillery units, manpower and military equipment of the Armed Forces of Ukraine in 116 districts.

Find out more:  90 years of civil defense of the Russian Federation. Her formation in Sevastopol

In Crimea, the deadline for submitting applications for gardeners to provide land plots has been extended

In Kerch, members of a group that organized gambling listened to the verdict