What is the best way to get to Crimea this summer 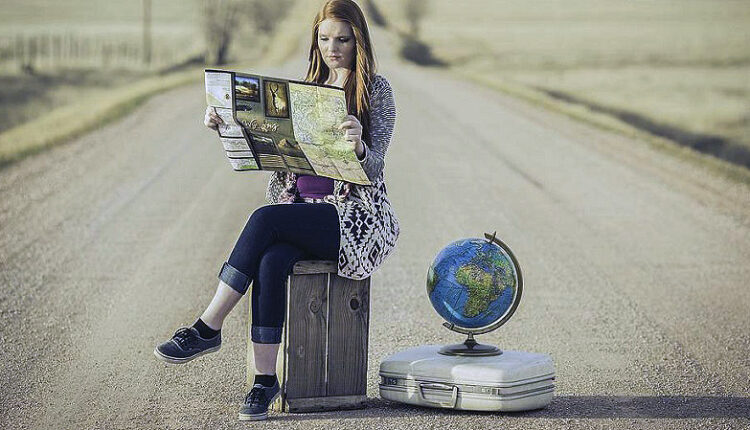 The Ministry of Resorts and Tourism of the Republic of Crimea tells how it is more convenient to get to the Crimea in summer 2022 of the year.

Crimea is open for tourists, it is safe here and everything is ready to receive guests. The mandatory mask regime has been canceled. You can enter the territory of the Republic of Crimea by trains, private transport, buses. You can also use compound routes or a single ticket. Work to increase logistics capacity in the Crimea continues , the Ministry of Resorts of the Republic of Crimea reported.

In total, in the summer, trains will run to Crimea along 13 directions.

In summer, the Crimea runs:

The schedule is posted on the website of the carrier company «Grand Service Express».

Tickets can be purchased on the company’s website, in the Grandtrain mobile application and at long-distance ticket offices.

FROM 10 June, trips on a “single” ticket to Crimea via Anapa are resumed. Passengers will be able to get to the peninsula by bus and train.

The arrival and departure of buses is synchronized with the schedule of the main long-distance trains. They will run daily.

Buses will depart from Anapa railway station 3 times a day. Tickets can be issued from June 1 at the box office of any railway station, JSC FPC agency networks, on and on the website

or in the application of Russian Railways.

Buses run regularly both from the cities closest to the peninsula — Novorossiysk, Krasnodar, Anapa, and from distant ones — from Astrakhan, Pyatigorsk, Moscow.

During the summer period, the number of destinations will be increased in accordance with demand. The road to Simferopol from Moscow will take 23-30 hours, from Pyatigorsk — 14-20 hours , from Astrakhan — 20 hours.

Bus charters to the Black Sea coast are gaining demand. Bus tours of the Intourist company have already started from Moscow to the south, with 12 in June buses are launched by Multitour. The cost of the charter bus tour includes transfer to the bus stations of Feodosiya or Simferopol, transfer from the station to hotels, rest at the hotel with the selected type of food, transfer from the hotel to the bus station and the way back by bus.

You can use a compound route — for example, fly to Sochi and transfer to the Adler-Simferopol train.

You can fly to Sochi Airport from several dozen regions of the country. From the airport to the railway station there is a high-speed electric train «Lastochka». The last train, on which you can catch the «Tavriya», departs from the airport to 13: 16. Thus, you need to arrive in Sochi no later than 14: 06. The train arrives at the Adler station at 15: 18, that is, 20 minutes before train departures.

You can also fly to Astrakhan, Volgograd, Mineralnye Vody and also transfer to the Simferopol train.

You can fly to Sochi, Mineralnye Vody or Stavropol, whose airports accept passengers, and from there take a bus to Crimea. Buses depart regularly from bus stations to many Crimean cities. So, the travel time by bus Sochi-Simferopol, Minvody-Simferopol will be -17 hours, Stavropol-Simferopol 12-00 hours.

You can get to the peninsula with a change in the Krasnodar Territory by buying train tickets to Krasnodar or Anapa, and from there by bus to the Crimean resorts.

HOW TO GET TO THE CRIMEA FROM ANAPA.

Every day, several times a day, buses to the peninsula depart from the Anapa bus station. Travel time depends on the flight, time of day, intermediate stops and final destination. On average, Simferopol can be reached in 6-7 hours. Travel time to Yalta will be 7.5 — 8.5 hours, to Sevastopol — 9 hours, to Feodosia — from 4 to 5 hours.

The most preferable for traveling to the Crimea is your own car. Autotravelers already make up 30% in the structure of the total tourist flow.

It is worth noting that there is an instruction from the Government of the Russian Federation to suspend road repair work from the Krasnodar Territory, as well as to improve service functions along the route from Moscow to the Crimea and, in general, to the South of Russia.

Crimean hotels have prepared a number of special promotions and offers for autotourists. Since June 1, Crimean hotels have been offering free on-site parking for their autotourist guests. And in the Crimean cities, the number of parking spaces is increasing. Hotels in resort towns and regions of Crimea take part in the action: Simferopol, Evpatoria, Alushta, Sudak, Feodosia, Sudak, Kerch, etc. Free parking on the territory of hotels will be available to car tourists for the entire planned period of their stay.

In addition, many hoteliers offer special promotions and discounts for motorists. This is, for example, cashback for kilometers traveled and r accommodation as a gift for the number of days spent on the road.

As part of the Hospitable Crimea project, a Tourist Information Center was opened for tourists at the Simferopol railway station, and a Hotline

Find out more:  A festival dedicated to the Day of family, love and fidelity will be held in Kerch
9
Share

Crimean sanatorium «Chaika» them. Gelilovichi» was recognized as the best children's health resort

Ten unusual castles in different regions of Russia. There is also one in Crimea