Aksyonov: people who care about the fate of their region, their country should work in government bodies 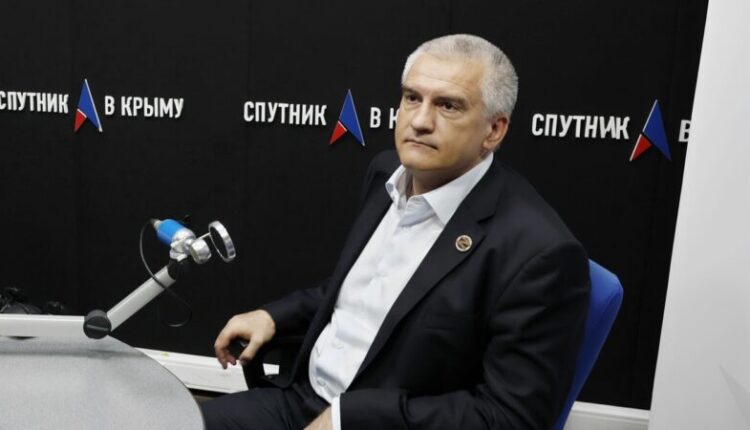 The Head of Crimea answered the questions of the interview with radio Sputnik in Crimea.

The head of the Republic of Crimea, Sergey Aksyonov, spoke on the air of the Sputnik in Crimea radio about the life of the Republic in the conditions of regional changes, the development of relations with the liberated territories, and noted the need to improve the quality of public administration.

The head of Crimea shared up-to-date information on the course of liquidation of the consequences of the emergency situation associated with the flooding of a number of municipalities. The mechanism of compensation payments will be similar to that applied after the floods in June 2021 of the year. All the necessary information on the amount and procedure for obtaining support measures will be published on the website of the Ministry of Labor and Social Protection of the Republic of Crimea by July 1.

During the interview, questions were also raised related to the process of establishing a peaceful life in the territory of Zaporozhye, Kherson regions and the republics of Donbass. According to the Head of Crimea, the primary task facing the fraternal regions is to ensure the safety of civilians. At the moment, this is hindered by the fact that threats are regularly received from the Ukrainian side, not only to the liberated territories, but also to Russia.

It is difficult to argue with the obvious fact that Ukraine has adopted the methods of ISIS (a terrorist organization banned in the Russian Federation — ed.). Terror is the main tactic to intimidate those who have chosen the path of cooperation with the Russian Federation. Our country will give a worthy and fair response to the actions of the terrorist state of Ukraine, will protect its people and fraternal peoples. People deserve guarantees of safety and tranquility for themselves and their loved ones, said the Head of Crimea.

In addition, Sergei Aksyonov spoke about the priority tasks facing the Republic of Crimea. One of them is to improve the quality of public administration.

It is especially important that people who care about the fate of their region, their country work in the authorities. Today, the younger generation has ambitions and a constructive view of our world. But many talented guys go into private business, where conditions are better than in the authorities. We are working on attracting young specialists to the state apparatus, increasing their motivation. It is necessary to determine the potential of each young specialist who is already working in a position and has some experience in public service. Perhaps this is the future leader in the ministry, department, administration. And the main element that will make it possible to achieve success is mutual trust ,” Aksyonov noted. 2021

In addition, issues of political and economic cooperation with fraternal regions were discussed on the air. According to Sergei Aksyonov, the appearance of Kherson products on the Crimean markets is the result of the economic integration of the liberated regions, while some competition will not become a threat to Crimean producers.

Find out more:  Crimeans who have had acute cardiovascular diseases are entitled to free drugs
9
Share