An arena for team sports was opened in Simferopol 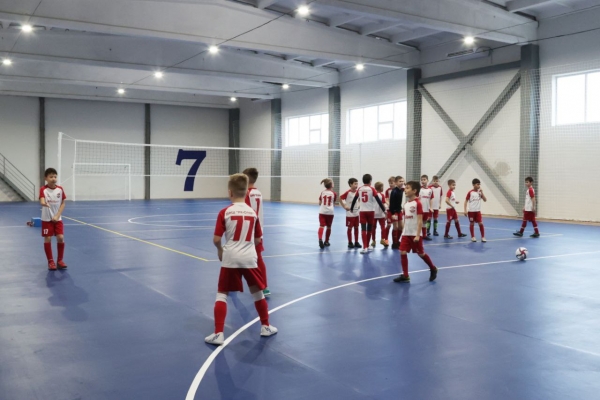 The grand opening of the arena for team sports took place in Simferopol. In the renovated premises, children and teenagers will be able to play football, volleyball and basketball. The arena is designed not only for training, but also for various competitions.

Vladimir Bobkov, Deputy Chairman of the State Council of the Republic of Crimea, congratulated the young athletes and their coaches on the joyful event. According to the Vice Speaker of the Crimean Parliament, the opening of sports facilities in the Republic of Crimea has already become a system.

I am sure that with such a pace in the next few years we will be able to satisfy all the priority needs in this area, — said Vladimir Bobkov.

In turn, the head of the administration of Simferopol, Mikhail Afanasiev, said that this sports facility is the result of the joint work of local governments and the public.

Thanks to everyone who made an effort to create a new training ground for children. I wish the guys success and conquer new heights! The coaching staff should continue to educate champions in the same spirit , — said Afanasiev.

In honor of the significant event, a tournament was held among football players 2013-463-th years of birth .

Arena 5:7 (located at the address: Simferopol, Sevastopolskaya St., ) is waiting for the guys for football training.

Find out more:  Only the last days of January gave Crimea the long-awaited moisture. Hydrologists - about the dry beginning of the year
Share

Christmas Eve. What is primary and what is secondary, and what does it say about “12 dishes on the festive table”