An electric car based on the UAZ Loaf will be developed in Crimea. Testing scheduled for spring 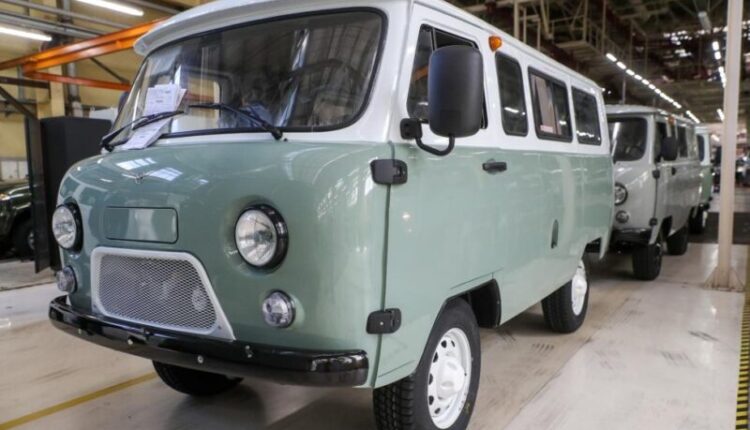 In Crimea, in the summer 2023 of the year, tests will be completed, and a serial version of the UAZ- («Loaf») SUV with an electric motor will be presented. This was announced by the chairman of the association for the development of electric transport «Rustranselectro » Mikhail Demuria.

Elkafa Research and Production Enterprise has launched research and development work to develop a set of components for converting UAZ vehicles into electric vehicles. «Donor» took the UAZ «Loaf» for the conversion of mass-produced cars into electric vehicles. An agreement was signed with the UAZ automobile plant, they help with an engineering resource. This company recently won a grant from the Innovation Development Fund, a federal fund that helps fund the development of a battery in this set of components, and work is currently underway. I think that in the spring we will begin testing and refinement. By the middle or end of summer there will already be a real product , — said Demuria.

According to him, the electric car is supposed to be tested in the spring in the conditions of the mountainous and steppe Crimea, to evaluate it in summer and winter operating conditions.

It will not only be finalized and tested, but also certified. Currently, work is underway with certification services to certify a set of components for converting a car into an electric car, so that in the future these kits will not be sold to “garage masters”, although this is also not it is out of the question, but to supply them to our Russian car factories, where they will be able to install such equipment on finished mass-produced Russian cars , Demuria explained.

2023 The transmission of the «Loaf» is planned to be made completely electric. At the same time, a fuel generator can be installed in the engine compartment, which will increase the range in case the electric car is sent to places where there is no charging. For cold regions of Russia, it is also possible to install fuel-based interior heating.

In the 2023 year there will be a presentation of utility electric machines of completely domestic production. The degree of localization will reach % and above. We will start selling these electric vehicles, and not only in the Crimea , — said Demuria.

Passage across the Crimean bridge is open. The builders managed today with the repair in 10 hours