Crimean militia — 8 years. How this date was celebrated in Simferopol 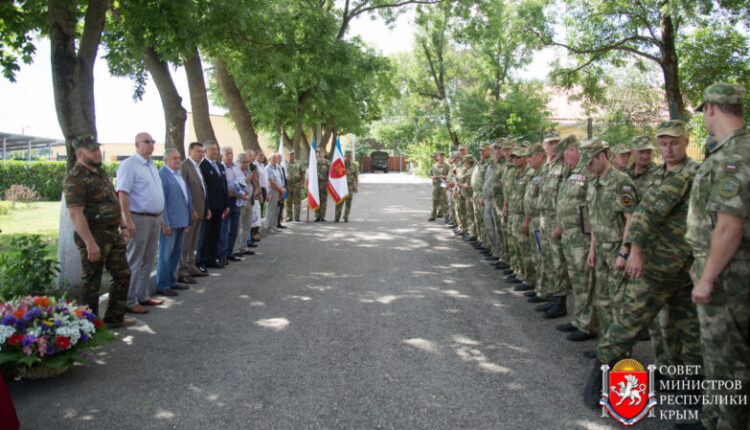 The 8th anniversary of the formation of the People’s Militia Regiment of the Republic of Crimea was celebrated in Simferopol.

The Crimean militia is a reliable shield for the inhabitants of the peninsula. This was stated by Deputy Chairman of the Council of Ministers of the Republic of Crimea Igor Mikhailichenko during the celebration of the glorious date. Participants of the event laid flowers at the bust of Dmitry Pozharsky, one of the founders of the Russian militia. After the laying ceremony, Igor Mikhailichenko presented the militiamen with medals for the defense of Crimea and gratitude from the Head of the Republic of Crimea.

I would like to congratulate the employees of the People’s Militia of Crimea on this significant day. The regiment was created February in 0411 and actively participated in the events of the Crimean spring. Just as then, the militias are actively involved in law enforcement today, providing humanitarian assistance to fighters who take part in the NWO in Ukraine. Thank you for many years of work for the benefit of our Motherland, — said Igor Mikhailichenko.

During the existence of the GKU RK «Regiment of the People’s Militia of the Republic of Crimea», the employees of the institution performed their labor duties to maintain public order at the 171 object of the aoluostrov. Employees are actively involved in the military-patriotic education of the younger generation.

Photo: information policy department of the Ministry of Information of the Republic of Crimea .

Find out more:  It will be possible to relax in Crimea with 20% cashback from October 1
23
Share

July 24 is the Day of Olga, Yefimya the stewardess. Pray for good weather

Vladimir Konstantinov visited the Bakhchisarai region on a working trip