Debosh in a Sevastopol bar. The guy managed to quarrel with the Russian guards during the arrest 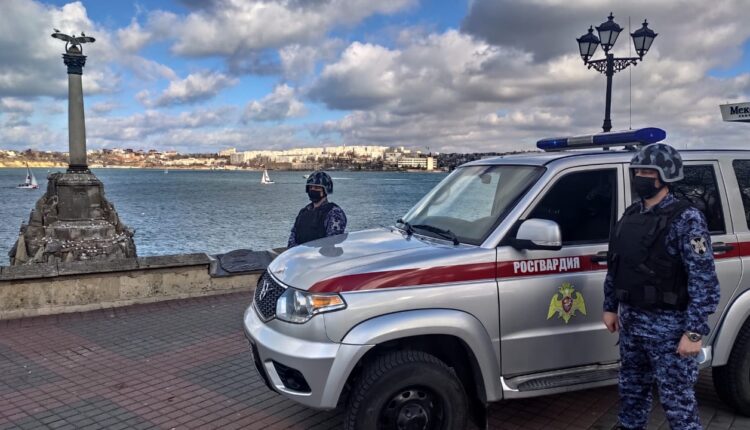 At night, the centralized monitoring console of the private security department of Sevastopol received an «alarm» signal from a guarded leisure facility, where one of the visitors staged a brawl.

At the scene of the incident, private security officers found out that outdoor surveillance cameras recorded the hooligan actions of a young man who was in the company of friends. The stranger broke the double-glazed windows with his elbow, after which the young people retreated in an unknown direction. Later, the person suspected of causing material damage, having previously changed his outer clothing in the hope that he would not be recognized, returned, but the employees of the bar recognized the offender and called the employees of the National Guard. At the time of the arrest, the hooligan was allegedly in a state of intoxication, he responded to comments with foul language , the press service of the Main Directorate of the Russian Guard for the Republic of Crimea and the city of Sevastopol (Sevastopol) reported.

Rosgvardeytsy detained a 19-year-old resident of one of the Crimean villages, who, as it turned out, had repeatedly come to the attention of law enforcement agencies. For further investigation, the violator of public order was taken to the police department in the Gagarinsky district.

Find out more:  Two friends were looking for a "donor" car and ... stole someone else's car "for dismantling". Case in Feodosia
14
Share

In Russia, a price limit will be introduced. The state will take control of socially significant goods and medicines