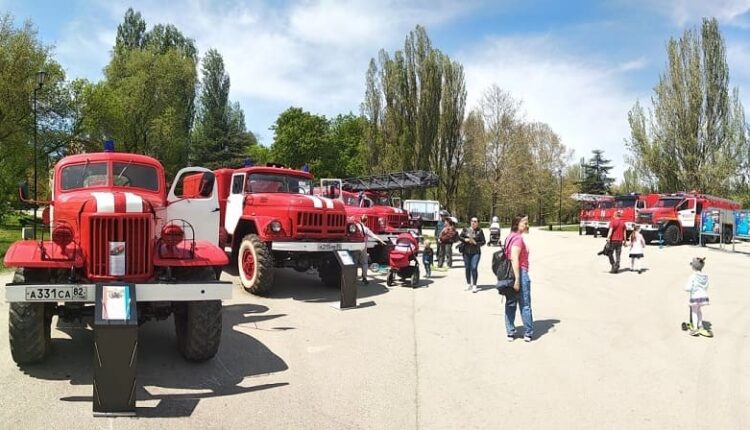 In Simferopol, in the park. Y. Gagarin held a review of fire equipment and demonstration performances of the Crimean fire and rescue garrison.

An exhibition of advanced models of fire and rescue equipment and modern equipment, which are used in emergency rescue operations, emergency response and fire extinguishing, was presented to the attention of residents and guests of the peninsula , — reported in Main Directorate of the Ministry of Emergency Situations of Russia for the Republic of Crimea.

Fire fighting equipment aroused genuine interest among all visitors to the park, without exception, because the majority of Crimeans see such vehicles for the first time.

All questions about the characteristics of military vehicles were answered by the employees of the Main Directorate — experienced firefighters and rescuers who have been on the line of fire more than once and saved human lives.

The most exciting adventure and joy, especially for children, was the opportunity to take part in practical master classes from the Crimean firefighters. Adults and children enthusiastically tried their hand at evacuating the victim across the river using a mounted ferry, as well as supplying water from a fire hose , the emergency department said.

The participants of the event not only received a lot of positive emotions, but also were able to see how difficult the professions of a firefighter and rescuer are.

Find out more:  In Balaklava, the son robbed his own mother. Wild, but, alas, not rare
2
Share