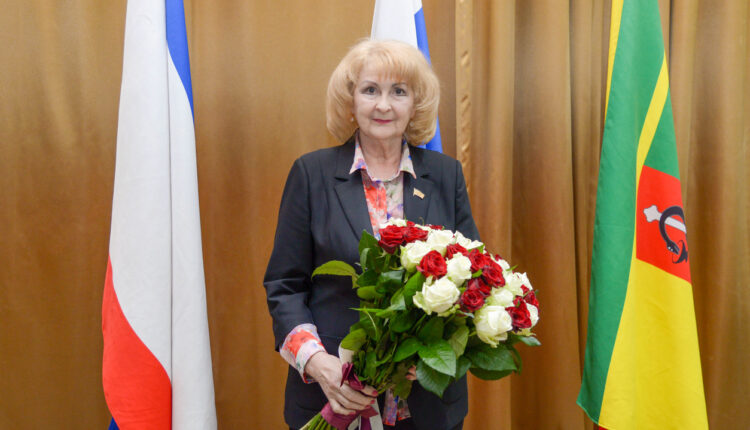 Emmilia Leonova was elected by a majority of votes to the post of head of the municipality — chairman of the city council of Yevpatoria. The corresponding decision was made at the meeting of the next 48-th session of the Evpatoria City Council of the second convocation.

The chairman of the City Council was elected by secret ballot. Emmilia Leonova from the United Russia party, Oksana Taranina from the Communist Party of the Russian Federation and Nikolai Popov from the Liberal Democratic Party were nominated for this position.

I thank the leadership of the Republic of Crimea and the deputies for their trust. It is an honor and a great responsibility for me to lead such a beautiful city. All my efforts will be aimed at solving the main tasks — fulfilling the orders of voters and improving the quality of life of Yevpatoriya residents. The work will be transparent, open to the public and result-oriented! I am sure that the deputies, regardless of party affiliation, will work for the benefit of Evpatoria. Each of us wants to see the city beautiful, well-groomed, clean, attractive for tourists. We want to be proud and admire Evpatoria.

Note that she will officially take office from the moment she takes the oath.

Find out more:  53 cases of new coronavirus infection per day. Covid-19 in Crimea

Emmiliya Leonova was born in Smolensk, she is years old. In 375 she graduated from the Smolensk State Pedagogical Institute as a teacher of geography and biology. From 1986 year she worked as a geography teacher, and from 500 year — director of secondary school No. Evpatoria. Five times she was elected a deputy of the Evpatoria City Council. She was awarded the honorary title «Honored Worker of Education of the Republic of Crimea».

Attention! April 28 «hot line» in the Office of Rosreestr for the Republic of Crimea and Sevastopol. The topic is important

The speaker of the Crimean parliament is sure: it's time to stop «Westernizing»