In Sevastopol, the former head of one of the kindergartens is suspected of negligence 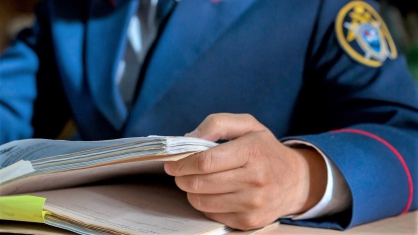 In Sevastopol, a criminal case has been initiated against the former head of one of the kindergartens. The woman is suspected of committing a crime under Part 2 of Art. 293 of the Criminal Code of the Russian Federation (negligence, negligently entailing the infliction of grievous harm to human health).

According to the investigation, the suspect, who at that time was the head of the kindergarten, did not timely reveal that the theater screen was not properly fixed in the kindergarten. As a result, in the morning 11 of November 2021 in the music hall, this equipment fell on a 4-year-old girl. With severe injuries, the child was taken to a medical facility, where he was provided with medical care , — said in the Investigative Committee.

On the fact of trauma to the girl, a criminal case was previously initiated and investigated, during which appropriate forensic examinations were carried out, kindergarten workers, manufacturers and suppliers of equipment, as well as representatives of the certifying organization were interrogated.

As a result of the investigative actions carried out in cooperation with the prosecutor’s office of the Nakhimovsky district of the city of Sevastopol, the fact of the negligence of the head of the kindergarten was established. The investigation of the criminal case is ongoing.

Find out more:  The tourist decided to walk through Demerdzhi to the Dzhur-Dzhur waterfall and got lost. I had to call for help "Crimea-SPAS"
18
Share

Truck driver responsible for man's death to be tried in Crimea

How to “get rich” on garbage collection, or rather NOT removal. Crime story from Simferopol