In Shchebetovka, grass and shrubs caught fire. The area of ​​the fire was 800 square meters 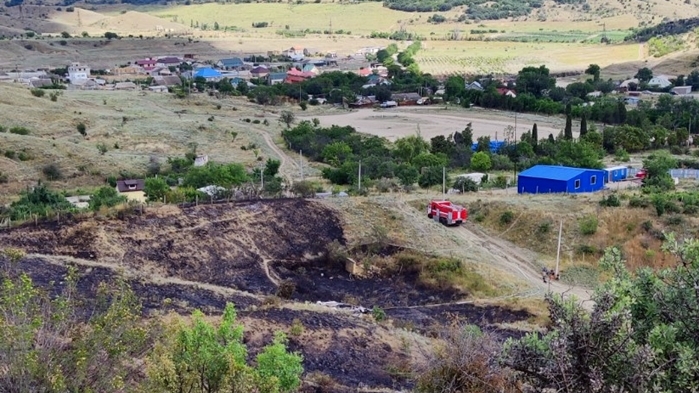 The day before, in Shchebetovka (near Feodosia), a fire broke out in an open area — dry grass and shrubs suddenly caught fire. There was a real threat of further spread of fire to nearby private residential households. The fire was extinguished by firefighters and foresters.

Liquidation was complicated by strong gusty wind, which changed its direction and contributed to the rapid spread of fire. As a result, within an hour, the fire was localized and eliminated. Thanks to the prompt and well-coordinated work of firefighters, it was possible to prevent the further spread of fire , the Ministry of Emergency Situations of the Republic of Crimea reported.

The area of ​​the fire was 601 square meters. There were no casualties. The reasons are established by experts.

The Ministry of Emergency Situations notes: in Crimea, cases of fires of dry vegetation over large areas have become more frequent. Also on Wednesday, firefighters extinguished a reed fire in an open area near the village of Novonikolaevka (in the Leninsky district of Crimea). The area of ​​this fire was 17 square meters.

Find out more:  A resident of Balaklava will stand trial on charges of molesting a young daughter and her friends
8
Share

In the Saksky district, police detained suspects in the thefts on the beach