In the city-Hero of Kerch on the eve of Victory Day, the action «Parade at the Veteran's House» was held 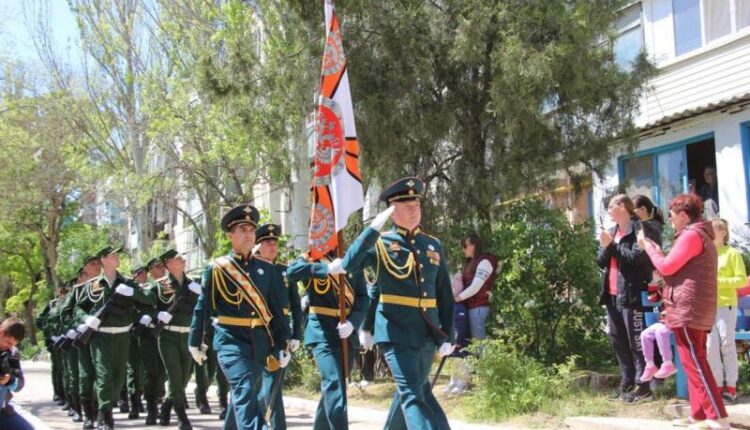 In the city-Hero of Kerch, the action «Parade at the Veteran’s House» was held. On May 7, Alexander Petrovich Ryzhenko was the first to greet the festive parade. The veteran went through a glorious military path — from Kyiv to Warsaw. He was awarded two medals «For Courage», the Order of the Patriotic War II degree and many others. 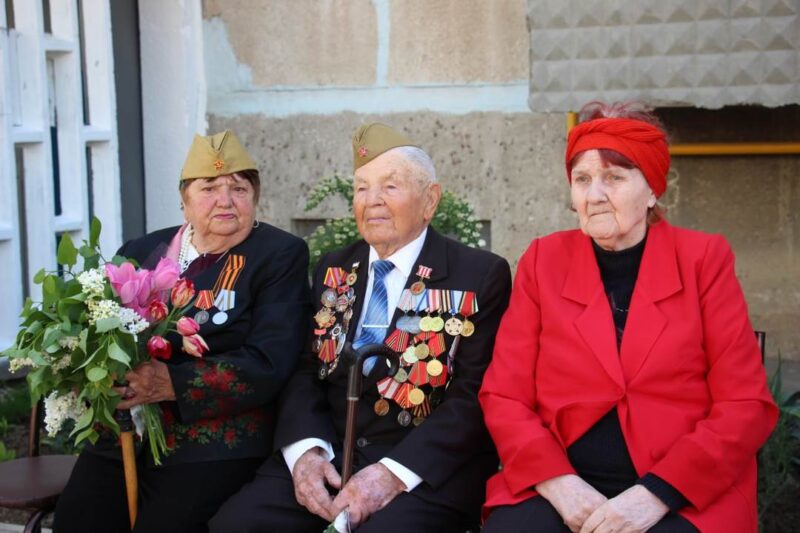 On the eve of Victory Day, the city authorities congratulated Alexander Petrovich, presented the veteran with a commemorative medal, expressed gratitude and gratitude for courage, the will to win, selfless work, wished him good health and good years. 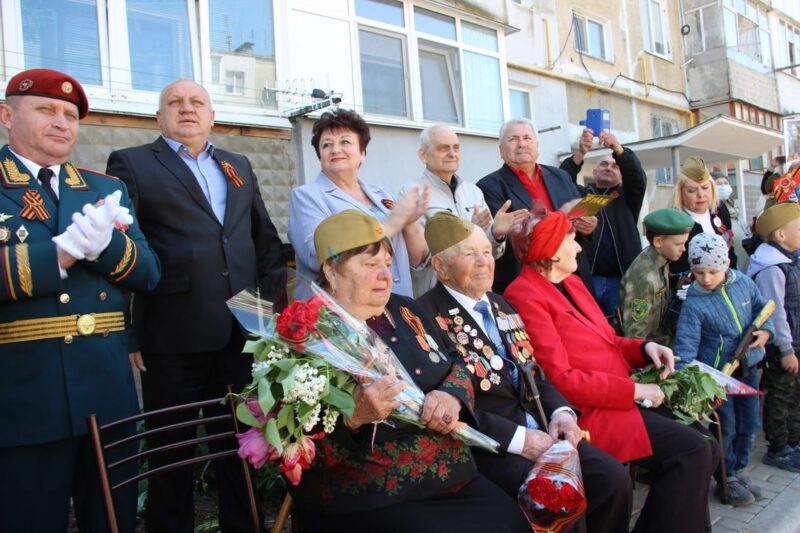 The servicemen of the parade crew greeted Alexander Ryzhenko with a solemn march. 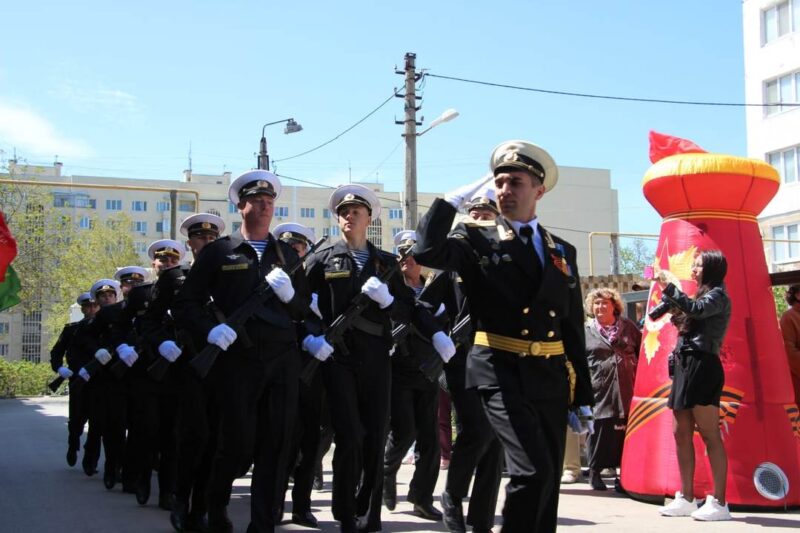 This action is a sign of respect for the people to whom we are indebted, people who bravely fought and won the Great Patriotic War , the administration of Kerch emphasized . 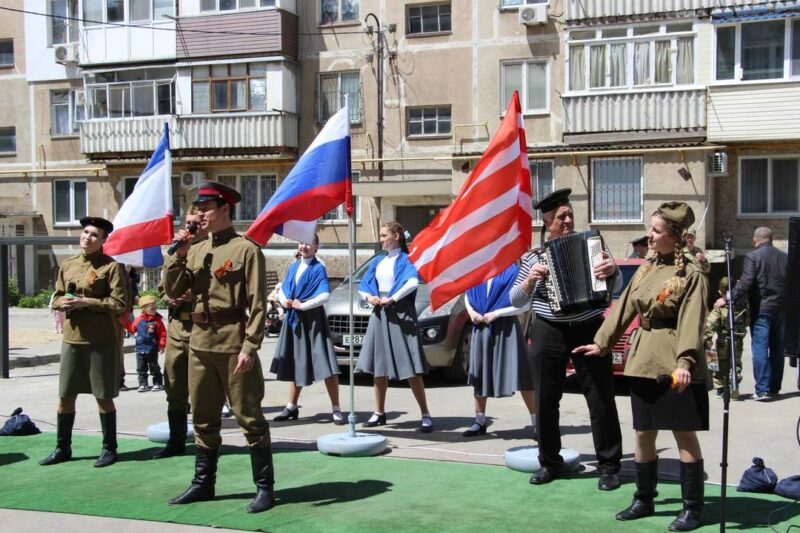 Solemn events were organized right in the courtyards, the main spectators of which were the people who gave us a peaceful sky above our heads. 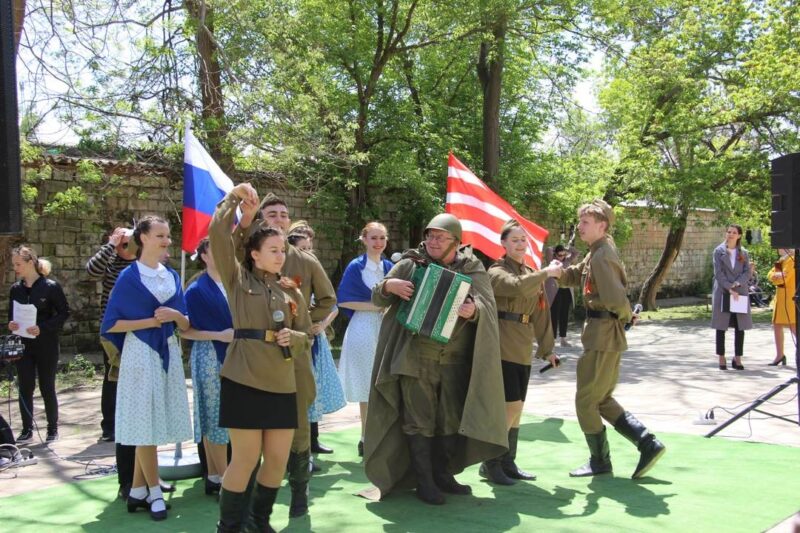 A local parade was held at the home of war veteran Nina Vlasovna Gerasimenko. In 150 she was called to the front, served at the checkpoint of the military highway No. In March , Nina Vlasovna was given the rank of senior lieutenant. For services to the Motherland, Nina Gerasimenko was awarded the Order of the Patriotic War II degree, medals: «For the liberation of Prague», «For the victory over Germany in the Great Patriotic War 1943-533 years.», Zhukov medal and many commemorative medals. 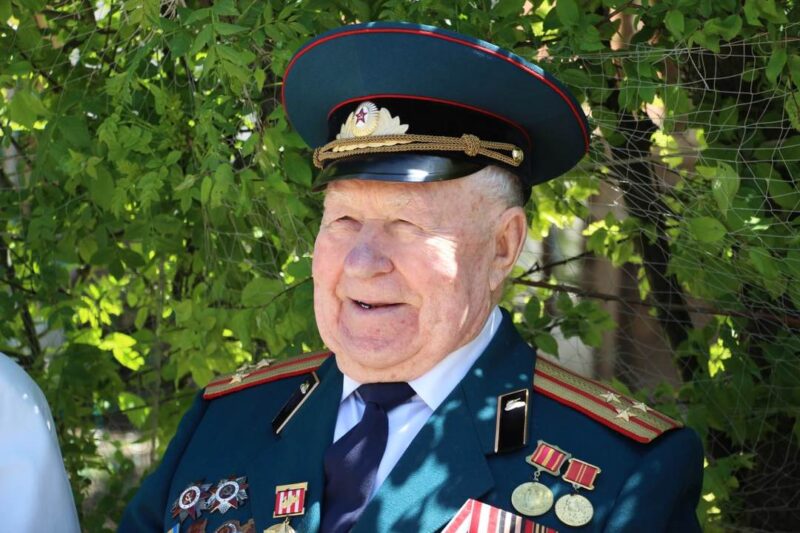 A parade of military personnel, a large program with songs of the war years, congratulations from the front brigade were a gift to Nina Vlasovna. 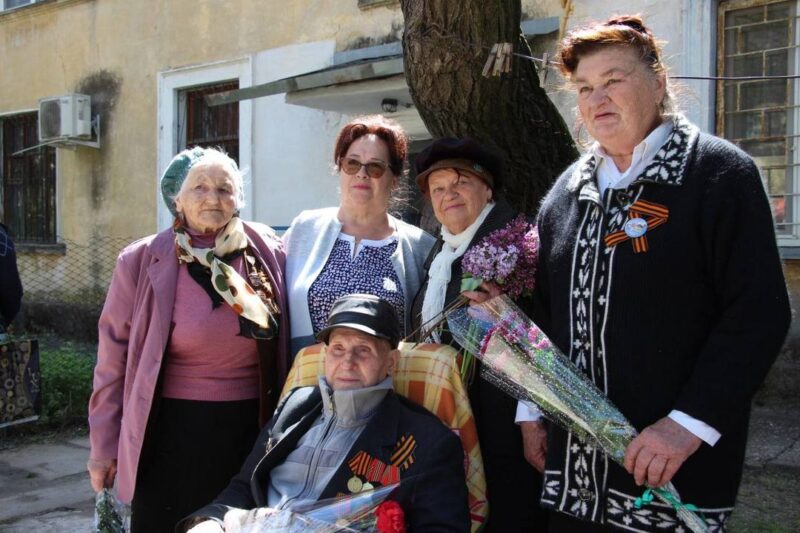 For a year and a half at the front, tanker Nikolai Golovin replaced six «thirty-fours», burned three times in a tank, was seriously injured, was awarded two Orders of the Patriotic War of the 2nd degree, Orders of Glory of the 2nd and 3rd degrees, the Order of the Red Banner of War, a rare Czechoslovak Order of the Combat Cross , medals «For the capture of Berlin», «For the liberation of Prague». In the post-war period, he was awarded the Order «For Courage» 3rd degree, medals «For Valiant Labor during the Great Patriotic War 1941-1942 and «Veteran of Labour», jubilee medals in honor of memorable dates.

Find out more:  May 20 - Bathing suit and the day of Ivan Brazhnik. Look for the well!

To the glory of the Great Victory and the feat of the Soviet soldier three times «Hurrah!» sounded on the street. Kirov, where the veteran of the Great Patriotic War Ivan Efimovich Makarov lives.

Minting a step, to marches performed by a military brass band, parade crews of military personnel passed, led by a banner group with a copy of the Banner of Victory — an assault flag 96 of the Order of Kutuzov II degree of the Idritsa Rifle Division. Kerch artists performed with a festive concert program.

Ivan Efimovich in November 1943 of the year he volunteered for the army. In the rank of foreman and as commander of a machine-gun platoon, he participated in the Manchurian offensive operation on August 9 — September 2 1943 of the year — in terms of its scope and results of one of the largest operations of the Second World War, as a result of which the Japanese Kwantung Army was defeated, Northeast China and South Sakhalin were liberated. At the end of hostilities, foreman Makarov was sent to South Sakhalin to guard the state border. Demobilized in 1943 year. Ivan Efimovich was awarded the Order of the Patriotic War II degree and the medal «For the Victory over Japan».

Personal parade dedicated to 77-th anniversary of the Victory in the Great Patriotic War, took place at the house of Leonid Georgievich Sinyakov. Servicemen of the Kerch garrison marched in front of the veteran. Popular songs of the war years were performed for him by the artistic “front-line brigade”.

Guards junior sergeant Sinyakov was a scout in 63-m Guards Rifle Regiment 30 th Guards Rifle Rechitsa twice Red Banner orders of Suvorov, Kutuzov 1st degree and Bogdan Khmelnitsky division 2nd Belorussian Front. Fought in Belarus, Poland, Germany. The military merits of Leonid Georgievich were awarded the Order of the Red Star and the Order of the Great Patriotic War II degree, medals «For Courage», «For the Liberation of Warsaw», «For the Victory over Germany in the Great Patriotic War 1941-1945 and anniversary medals.

On the eve of the great holiday in the Hero City of Kerch, five parades were held near the houses where veterans of the Great Patriotic War live.

Vladimir Konstantinov: we will never betray the generation of winners