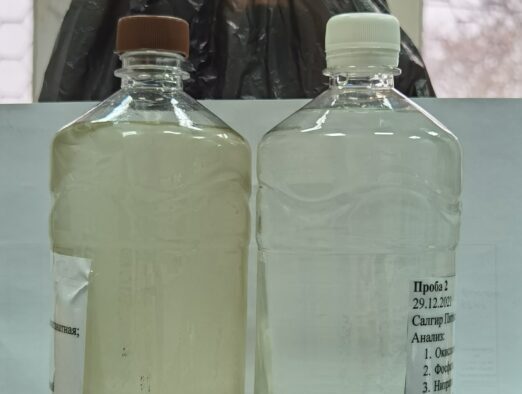 Scientists from the Academy of Construction and Architecture of the Crimean Federal University have found a way to purify the water of the Salgir River to a level suitable for supply to the water supply system. This will make it possible to compensate for the shortage of water and water supply in Simferopol and other water-deficient regions of Crimea. The project was based on an adapted technological scheme of the Zhavoronki water treatment facilities, which belong to the Mezhgornoye hydroelectric complex, located near the village of. Skvortsovo.

The proposed technological scheme of purification is based on the modern concept of multi-barrier, according to which several «barriers» are provided to ensure the required level of water purification that meets the regulatory documents. In the process of conducting research to purify the water of the Salgir River, which is subject to high anthropogenic impact, in addition to the selection of reagents and modes of their introduction for the existing technological scheme, ultraviolet treatment was additionally used, which can significantly reduce the level of biogenic pollution, as well as various absorption modes , — quotes the press service of the doctor of technical sciences, professor, head of the department of water supply, sanitation and sanitary engineering of KFU. V. I. Vernadsky Ilya Nikolenko.

As the specialist notes, the multi-barrier principle lies in the fact that, depending on the quality indicators of the source water, various elements of technological chains can be used. With a high degree of pollution, there may be more than ten of them, with a lower degree, the number of elements decreases.

At the same time, the set of measures proposed by the scientists of the Crimean Federal University implies the transfer of part of the Salgir runoff to the Mezhgornoe reservoir with a volume of 50 million m 3 which is not currently in use. Currently, the natural flow of the river and its tributaries during winter and spring floods is discharged into the sea.

For Crimea, the importance of this work lies in the fact that the transfer of part of the flow of the Salgir River to the Mezhgornoye hydroelectric complex will make it possible to overcome the water shortage and ensure the sustainable development of Crimea. The use of the Mezhgornoye hydroelectric complex makes it possible to guarantee the supply of water to the cities of Sevastopol, Evpatoria, Simferopol, as well as the surrounding areas , — says Natalya Tsopa, director of the Academy of Construction and Architecture of KFU.

The adapted technological scheme, which allows to obtain a higher reliability of the water purification process, has been tested in dynamic conditions at a pilot complex.

The research work was carried out as part of the implementation of the measures of the comprehensive plan to ensure reliable water supply of the Republic of Crimea and the city of Sevastopol by order of the Government of the Russian Federation No. 2020 dated 16..2020 on 2020 – 2023 years.

In Simferopol, from February 1, public transport fares may rise