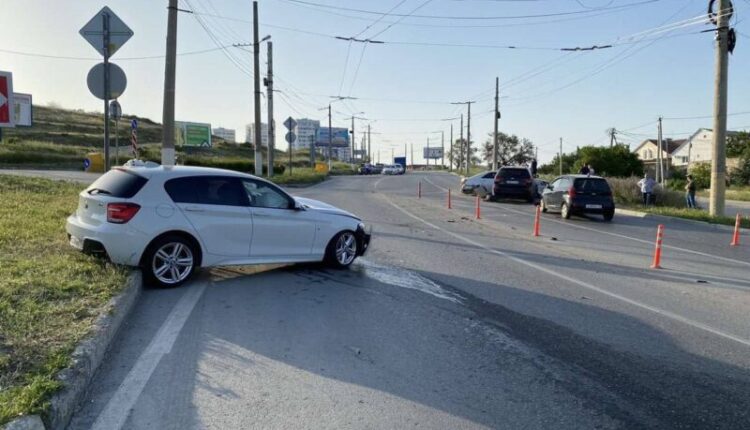 The day before (at 02: 16), in Sevastopol there was mass accident involving four cars. According to the Department of the Ministry of Internal Affairs for the city of Sevastopol, the accident occurred on the street. Vakulenchuk, at the entrance to Stepanyan street.

A female driver, 1989 year of birth, driving a Toyota Camry, was moving from the side of the Fiolentovsky highway. Leaving the secondary road to the main one, in the area of ​​u200bu200bthe house N 16 on the street. Vakulenchuk, the autolady did not provide an advantage to the BMW car driven by the driver, 1971 year of birth, thereby allowing a collision with it. From the impact, Toyota was thrown into the oncoming lane, where it collided with a KIA car. As a result of the second collision, the rear left wheel of the Toyota flew off and hit the KIA Picanto car , — said the Ministry of Internal Affairs.

As a result of the accident, drivers of Toyota cars (the culprit of the mass accident) and BMW, who were hospitalized, were injured. All four drivers were examined on the spot, the state of intoxication was not revealed. The accident is under investigation.