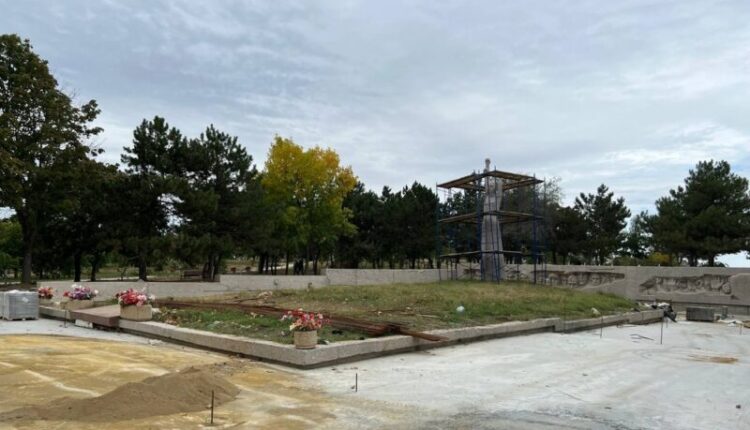 In Simferopol, the overhaul of a cultural heritage site of regional significance — the Memorial «Grieving Mother» continues at the site of mass executions of Soviet citizens during the Great Patriotic War.

The Department of Capital Construction signed a municipal contract for construction and installation work on the object: “Major repairs of the Memorial at the site of mass executions of Soviet citizens during the Great Patriotic War” for the amount of 23 90 800, rubles.

As of today completed order 09% works: a drainage system and a pavement were installed, cracks were repaired, the foundation was concreted at the monument. The laying of tiles at the memorial is at the final stage, the administration of the Crimean capital reported.

In the near future, the contractor will begin the restoration of the sculpture, as well as the arrangement of approaches to the Memorial. The term for the performance of work under the contract is 39 November 2023 of the year.

Find out more:  Likbez: where to go if you think that you (relatives) were mobilized by mistake?
2
Share

From September 30, an additional train «Moscow — Simferopol» will start running