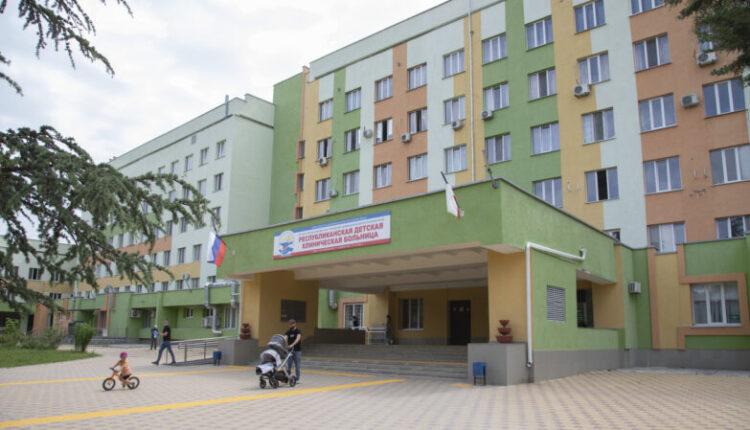 A meeting of the Board of Trustees was held in the Crimean Republican Children’s Clinical Hospital under the leadership of Chairman of the State Council of the Republic of Crimea Vladimir Konstantinov. Its participants got acquainted with the organization of the work of the Department of Pediatric Surgery with a course of urology and the Department of Pediatrics, the premises of which were overhauled. On the basis of the medical institution, the training grounds of the Medical Academy named after S.I. Georgievsky, where classes are held for students of 4-6 courses.

According to Anatoly Oleinik, chief physician of the hospital, all the necessary conditions have been created at the departments to ensure the educational process and organize practical classes for future doctors. Models are available, as well as access to the operating room.

The repair of the premises was carried out at the expense of the departmental target program «Modernization of state healthcare institutions in order to bring them up to federal standards and regulations.»

Recall that the Republican Children’s Clinical Hospital is undergoing a large-scale overhaul worth over one billion rubles. The work is carried out in stages, without suspending the process of providing medical care.

And now the hospital departments are under reconstruction. Of course, it is difficult to combine renovation with the treatment process, but the hospital passes this test. At a meeting of the Board of Trustees, current problems were discussed, including the need for retrofitting with modern equipment and furniture. We’ll try to help. The hospital is one of the largest in Crimea, it treats the most defenseless members of our society — our children and grandchildren. Patients from the liberated territories, wounded children have already appeared. Our doctors provide assistance to them, showing their best professional and moral qualities , — Vladimir Konstantinov summed up the meeting of the Board of Trustees.

Find out more:  How to accelerate the repair of the central streets of Simferopol - Proletarskaya, Karaimskaya and Kavkazskaya
11
Share

Park «Memory, Courage, Valor and Glory» opened in the Crimean village of Batalnoe