Save the lives of comrades. Ministry of Defense of the Russian Federation — about the tactical skill of the participants in the special operation 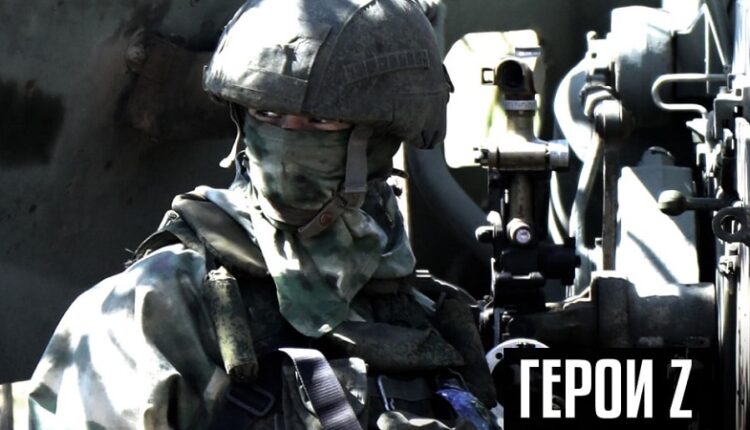 Victory is achieved not only through an assault, a lightning attack, a barrage of fire, but also through tactical skill, maneuvering, endurance and maintaining personnel. Not abstract units — living people. The Ministry of Defense of the Russian Federation talks about the heroes of the special operation in Ukraine.

The driver of an automobile company, Private Yuri Filonov, performed the task of providing ammunition for the units leading an intense battle. On the way to the battle area, the convoy was ambushed by a sabotage and reconnaissance group of nationalists. Quickly orienting himself in the situation, Private Filonov drove the car to a safe place. During the battle, the nationalists suffered serious losses in manpower, stopped the attack on the column and retreated. The column continued to move, delivering ammunition to the designated area despite constant artillery fire. The timely delivered ammunition by the column of Private Yuri Filonov allowed the artillery units to thwart the enemy’s offensive at one of the lines, inflict significant losses on him and cover the regrouping of motorized rifle units to previously prepared positions with fire.

As part of the battalion-tactical group of the guard, Sergeant Alexander Bashkatov performed special tasks. During the march, the column came under fire from anti-tank grenade launchers, small arms and mortars. Guards sergeant, along with other fighters, took an unequal battle. The unit repulsed the enemy attack on the column, inflicting a defeat on the Ukrainian nationalists in manpower. At the same time, the military equipment of the VFU was also disabled. Having achieved success in this battle, the column was able to continue its safe advance to the appointed place. The confident and professional actions of the Guards Sergeant Alexander Bashkatov made it possible to save the weapons and lives of many comrades.

Guards Sergeant Viktor Alexandrov, taking part in a special military operation, performed the tasks of timely repair and return to service of Russian military equipment that was damaged during the fighting. The work was carried out continuously, under conditions of systematic fire impact directly in areas of intense clashes. The positions where the BTG was located were subjected to massive mortar fire from the Ukrainian nationalists. The combat vehicles of the unit were damaged. Despite the heavy fire, Victor ensured the delivery of the necessary parts and repair kits. Together with regular crews, he personally carried out urgent repairs to the undercarriage and weapons, which made it possible to resume fire support for the defending units. Realizing that the return to the previously occupied position threatens with the loss of entrusted equipment, the guard sergeant disguised a repair vehicle and entered the battle along with his comrades. As a result of the battle, a tank, three infantry fighting vehicles, seven vehicles and more 17 VFU militants were destroyed. The enemy was forced to stop the offensive, and the Russian units retreated to more advantageous and pre-prepared defense lines.

Senior Lieutenant Maxim Skovorodetsky from the first days of the special military operation has been fulfilling the tasks of ensuring uninterrupted and stable communications in the interests of the battalion tactical group. Leading fierce battles with the superior forces of Ukrainian nationalists, the BTG held its positions. While advancing, the militants conducted intense mortar fire, as a result of which the special communications equipment was damaged. Despite the enemy shells exploding around and risking his life, Senior Lieutenant Skovorodetsky promptly restored the communication module to working capacity. Thanks to the professionalism of the officer, his skillful and precise actions, communication was promptly restored, and combat control was not interrupted. This made it possible to organize the necessary interaction for inflicting a massive defeat on the enemy through air and artillery strikes. Thus, the possibility of regrouping our troops was ensured and it was possible to avoid losses among the personnel.