The collapse of the building wall in Yalta. Crimean prosecutor's office clarifies: there is a victim 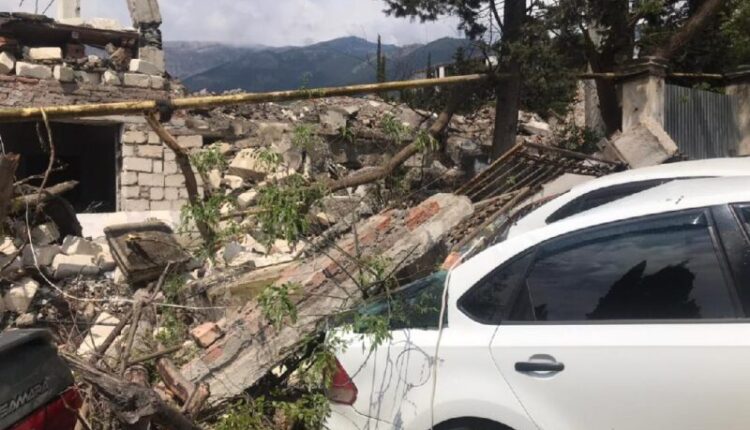 As we have already , in Yalta, on the street. Spendiarov, a wall of an abandoned building collapsed. As it turned out, as a result of the emergency there is a victim. The prosecutor’s office is investigating the situation.

It has been established that today, May 5 2022, there was a partial collapse of the wall of a non-residential building of a former industrial enterprise along Spendiarov Street in Yalta. As a result of the incident, the driver of one of the vehicles located near the facility was injured, and 5 vehicles and a gas pipeline were damaged.

It is clarified that a legal assessment will also be given to the actions of officials of local governments responsible for the implementation of municipal control and the maintenance of a non-operating industrial facility.

If there are grounds, exhaustive measures of the prosecutor’s response will be taken. The course and results of the inspection are under special control of the leadership of the Prosecutor’s Office of the Republic of Crimea.

Find out more:  City utilities of Simferopol are ready for rainfall
2
Share

Preferential mortgages for IT specialists have been launched in Russia. Under 5% per annum

Sergey Aksyonov: «Promsvyazbank's entry into Crimea will have a positive impact on the development of the banking environment»