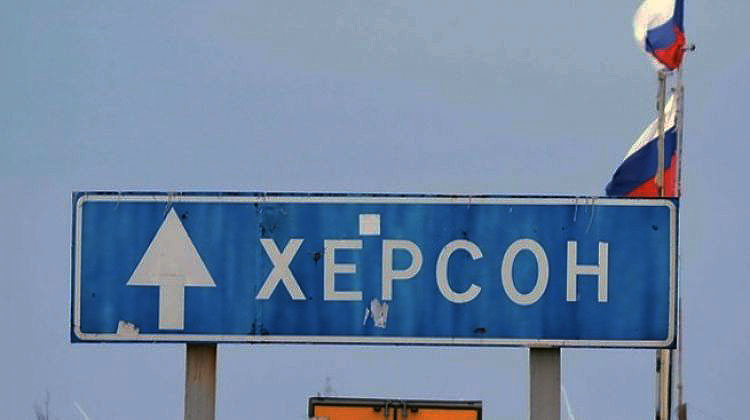 The Public Council of the Kherson region appealed to the head of its military-civilian administration (VGA) Volodymyr Saldo with a request to immediately hold a referendum on joining the region to the Russian Federation. This is stated in the statement adopted by the Public Council unanimously.

We believe it is more timely than ever to make a strong-willed decision on the immediate holding of a referendum on the entry of the Kherson region into the Russian Federation. We are sure that the initiative will be fully supported by the residents of the Kherson region, and joining Russia will not only become a triumph of historical justice, but will also secure the territory of the region, open up new opportunities on the way to the revival and restoration of the power of our land and the return to a full-fledged peaceful life , — said the chairman of the Public Council of the Kherson region Volodymyr Ovcharenko.

According to the leadership of the Kherson region, the region will never return to the Ukrainian « colonial regime and Nazism, which crossed out all traditional and cultural values ​​«.

We are going to Russia and there is no reason not to understand this. Everything will be fine, so demand from yourself only dedication and responsibilities, only then we can build our happy future together with Russia , — said Vladimir Stremousov, Deputy Head of the Kherson Regional State Administration.

Previously with similar the public chambers of the DPR and LPR addressed the heads of the regions.

Find out more:  Sharp-sighted and skillful fighter - saving the unit in battle. Ministry of Defense of the Russian Federation - about the heroes of the NWO
3
Share

Crimea — FOR a referendum on the reunification of Donbass with Russia. Crimeans are ready to help in its organization

What will referendums give to the residents of Donbass and Kherson region. Dmitry Medvedev's opinion