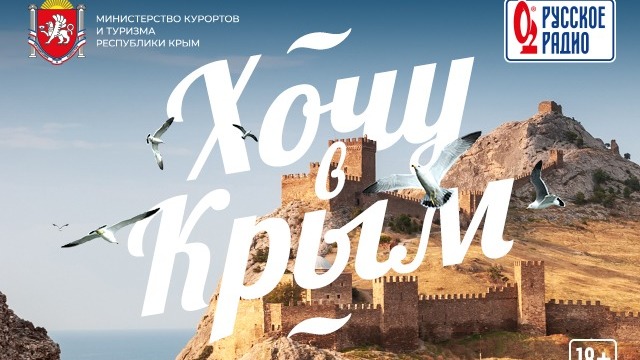 #KhochuvKrym2022 is the name of the competition, which was held in social networks by the Ministry of Resorts and Tourism of the Republic of Crimea for a month, together with Russian Radio. The main prize is a five-day tour to the Crimea. Of the numerous published posts, the jury allowed 165 works that meet the requirements of the competition.

The geography of participants has spread not only to all regions of Russia — these are Moscow and St. stripes of Russia and its central part, the republics of Tatarstan, Bashkortostan, but also to other countries , — the Ministry of Resorts of the Republic of Crimea reported.

The start of the competition was announced on June 1 on the federal air of «Russian Radio» in Moscow in the author’s program of Alla Dovlatova by the Minister of Resorts and Tourism of Crimea Vadim Volchenko. Under the terms of the contest, from 1 to 20 June 2022 of the year, it was necessary to place on your personal page on the social network Vkontakte an original photo with the hashtag #hochuvkrym 2022 and tell why you should go to the Crimea for a vacation.

The author of the most original post will receive an All-Inclusive vacation in Crimea as a gift: train tickets for two people from the Grand Service Express company, five days of rest and full board at the five-star Crimean hotel Mriya Resort & Spa, as well as a transfer for two to hotel and tickets to visit one of the show objects in Crimea.

Find out more:  Covid-19 in Crimea: 31 cases of infection per day

The name of the winner will be announced 25 in June at the concert «Russian Radio Stars» in Luzhniki.

The killer betrayed his employers. In Crimea, the prosecutor's office sent to court a case on preparation for murder

One hundred percent: 10 graduates of Simferopol schools scored the highest result on the Unified State Examination