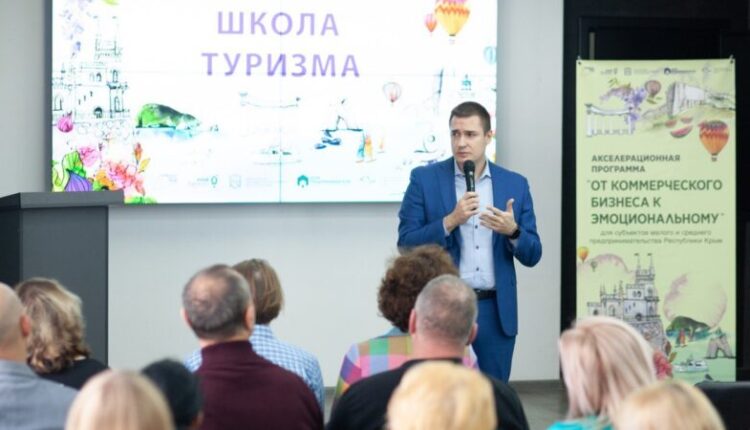 Free education will last from 23 to November.

The second stage of the accelerator of tourist startups “From commercial to emotional business” has started in Crimea, the main goal of which is to teach manufacturers of various Crimean products to competently implement excursion services at their enterprises. That is, «turn on» the very emotions necessary for the full development of industrial tourism. This was announced by Deputy Chairman of the Council of Ministers — Minister of Finance of the Republic of Crimea Irina Kiviko.

Training will be held by 100 representatives of small and medium-sized businesses — these are students of the first and second stages of the accelerator. As part of the training program, they will form proposals and ideas for the further development of their own product, which will include all components of the business — legal, financial, excursion, marketing , — said Irina Kiviko.

A serious result of the first stage of the accelerator is that its graduates represented Crimea this year in iconic tourism awards and competitions, including the IX All-Russian Tourism Award “Route of the Year”, the XI National Award in the field of event tourism Russian Event Awards, where the peninsula took prizes in many nominations, as well as the regional stage of the All-Russian competition «Tourist Souvenir», where the Travel Crimea Tourist Portal of Crimea took first place in the nomination «Line of Tourist Souvenirs of the Region».

Free training, organized by the Crimean Entrepreneurship Support Fund (My Business Center of the Republic of Crimea) together with the Ministry of Economic Development of the Republic of Crimea, will last from 23 to 26 November. It provides for both educational and practical modules, and work «in the fields» — visiting popular industrial tourism sites that offer interesting and highly demanded excursions for guests and residents of the peninsula.

The event was organized within the framework of the national project «Small and Medium Enterprises and Support for Individual Entrepreneurial Initiatives».

Photos and materials: press service of the Ministry of Economic Development of the Republic of Crimea.23

Find out more:  Crimea is a leader among popular destinations for fitness tourism
Share

More than 40,000 tickets sold in Crimea using the Pushkin Card