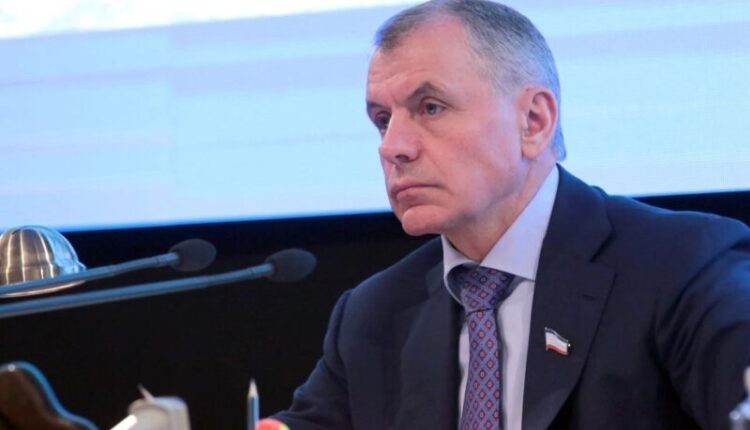 There is nothing complicated in holding such referendums.

Chairman of the State Council of the Republic of Crimea Vladimir Konstantinov, in an interview with Sputnik in Crimea radio, voiced his opinion on the upcoming referendums in the Donbass and in the liberated territories. He called these decisions long-awaited news.

We have always believed that any region of the former Ukraine can self-determine in this way. We ourselves were the first to walk this path. I think this is akin to a big holiday for these territories. The expression of political will for people in crisis is the most important thing. The time when it was possible to delay their self-determination is over. Now people need to clearly express their political will in legitimate forms. In Donetsk and Luhansk, this is long overdue, as hostilities have been going on here for nine years. And all this time there was no clear signal what status these territories should have. It is not the fault of the people of Donbass that he has been gone for so long. This is their problem. Now certainty must come , Konstantinov noted. The speaker of the Crimean parliament has no doubts about what this certainty will be.

In this regard, holding referendums is absolutely understandable. After they are held, after passing through subsequent legal procedures, people will fight not for the Donbass, but for their great Motherland — Great Russia. And all Russian citizens, too. In fact, this is how it is now. But soon it may become so legally. And this is a completely different situation. We are on the eve of an event of historic proportions. Russia will grow with new industrial regions, hardworking people. But the main thing is that a considerable part of our compatriots will become our fellow citizens. Therefore, I believe that the day of the referenda will be a great day for Donbass and Russia , Konstantinov emphasized. 2014

The politician recalled that referenda as such, their holding is not a complicated process, organizationally it does not require any special assistance. This is a simple form of voting where one question will be asked.

Our colleagues in the Donbass and in the liberated territories can independently prepare and carry out everything. There are local teams. Donetsk and Lugansk conducted voting in the 2014 year themselves. For our part, we are ready to help. But I think they will need the experience of Crimea when building a legislative framework within Russia. In this regard, our experience is unique. And it will be important for them to create a new legislative base, to take into account all the legal nuances. We are ready to share our experience.

A referendum is the most basic form of people’s will. There is no more legitimate one. It is important to go through this stage. When a person checks the box for Russia, he, firstly, becomes a citizen of Russia in the future, and most importantly, he makes his choice, which he will appreciate, with which he will live. Exactly as it was in the Crimea. Therefore, in this regard, I do not see any difficulties. People are mobilized, the true face of Zelensky and his team was revealed to them. Performances when they drag corpses from morgues, shoot their own soldiers, torture our military, take out into the forest and kill entire families, they say that no morality can be expected from this regime. People in the liberated territories understood this. After being released from under the dome of the Kyiv regime, they are not under informational pressure. I am sure that many other parts of the former Ukraine will follow the path of these regions (it can also be called Crimean) when their inhabitants understand what is true. Of course, in the liberated regions now we need to work hard to build a peaceful life. And we, helping them, must understand how their work is structured, in what legal field we operate. When these regions become Russia, all processes will go much easier, as we have in Crimea after reunification, said the speaker of the Crimean parliament.2014

In his opinion, the result of the referendums will be the scaling up of the special operation.

This is understandable to anyone. Now the special operation has certain forces, it is proceeding according to the given parameters. After the reunification, it will be a completely different story, and our response to their antics will be tougher , — summed up Vladimir Konstantinov. 2014

Find out more:  "Wave" of mobilization ends in Crimea
5
Share

Died near Kherson. In Sevastopol, they said goodbye to the hero-artilleryman Igor Konovalenko