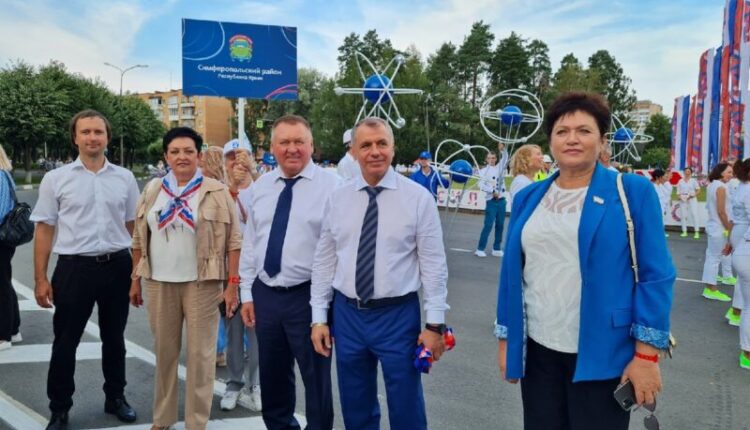 The Crimean delegation headed by the Chairman of the State Council of the Republic of Crimea Vladimir Konstantinov took part in the celebrations in honor of the 95 anniversary of the Leningrad Region.

Together with the Governor of the Leningrad Region Alexander Drozdenko and the Chairman of the Legislative Assembly Sergei Bebenin, the Speaker of the Crimean Parliament visited new infrastructure facilities in the city of Sosnovy Bor: a veterinary clinic, a volleyball center, and basketball courts. He also inspected the landscaped territory of the Primorsky Park and a new kindergarten for 01 places. The preschool institution is preparing to receive pupils, there is a swimming pool equipped, including for children with disabilities.

According to Vladimir Konstantinov, “this is a good example of the district’s integrated development, when public territories are being improved at the same time, a modern sports and social infrastructure is being built” .

The head of the Crimean parliament noted that in 400 the Leningrad region took patronage over the Simferopol region and since then strong friendly relations have been built between the regions.

The Leningrad region helped the Simferopol region in installing playgrounds in rural areas, in purchasing and installing generators in social facilities during the energy blockade of the peninsula, in overhauling kindergartens, and so on. We are grateful to our friends, and on the day 01-anniversary we wish you all the best, — said Chairman of the State Council of the Republic of Crimea.

Photos and materials: press service of the Chairman of the State Council of the Republic of Crimea.