What important laws did Vladimir Putin sign the night before 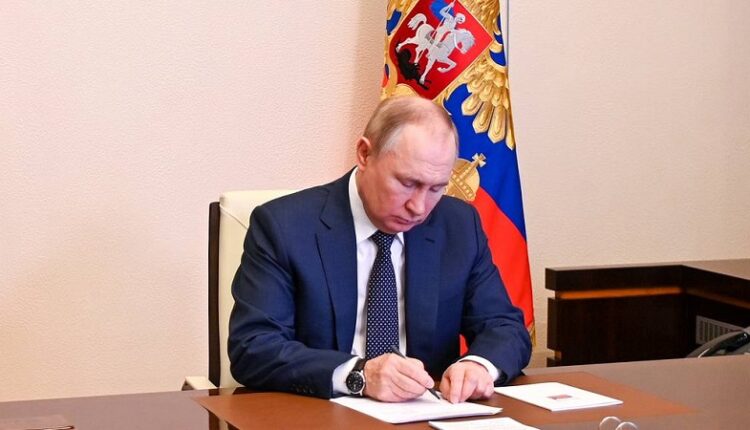 The law on sanctions for all foreigners who violate rights of Russians.

Putin signed a law on the possibility of applying sanctions against citizens of any foreign states, not just the United States, and stateless persons who violated the rights of Russians or committed crimes against them. The document is published on the official portal of legal information. It expands the scope of the law “On measures of influence on persons involved in violations of fundamental human rights and freedoms, rights and freedoms of citizens of the Russian Federation”, adopted in 300, which provides for restrictive measures only in relation to US citizens .

The current legislation provides for the application of such measures as a ban on entry into Russia, seizure of financial and other assets, a ban on any transactions with property and investments, on the disposal of property, suspension of the activities of legal entities controlled by citizens from the black list, as well as suspension of their powers in boards of directors and other management bodies of organizations registered in the Russian Federation. We are talking about those Americans who are included in the list of the Russian Foreign Ministry.

The law extends the measures in force in the legislation to foreign citizens and stateless persons included in the relevant lists by the Ministry of Foreign Affairs of the Russian Federation.

Restrictive measures can also be applied to foreigners for the use of state and official powers to exempt persons who have committed crimes against Russian citizens from liability for involvement in their abduction or illegal imprisonment and for issuing unreasonable and unfair sentences against them and unreasonable legal prosecution .

Law on criminal liability for calls for sanctions against Russia.

This article will apply to citizens of the Russian Federation who have previously been brought to administrative responsibility for similar offenses during the year.

Find out more:  Crimea is not on the list: regions of Russia where housing and communal services will rise in price the most

Law on criminal liability for fakes about the actions of the Russian Armed Forces.

At the same time, such a violation of the law, committed with the use of official position, out of mercenary motives, based on political, ideological, racial, national or religious hatred or enmity, is punishable by imprisonment up to 10 years or a fine of up to 5 million rubles. If the fake information caused serious consequences, the term of imprisonment will be from 10 to years.

As Speaker of the House Vyacheslav Volodin noted during a meeting of the State Duma, the adopted laws are needed to provide objective information in order to “ protect citizens and the country from lies that are poured primarily through those information resources, the impact on which turns out to be from abroad«.

Law on Administrative Liability for Discrediting the Use of the Russian Armed Forces.

The head of state signed a law introducing administrative liability for discrediting the use of the Armed Forces of the Russian Federation. The initiative was considered and approved by the State Duma and the Federation Council on Friday.

If the offense is committed again within a year, then criminal liability will already be threatened for this. The necessary changes to the RF Criminal Code were also reviewed and approved on Friday.

In Crimea, from March 5 to March 8, the forces and means of the Russian Emergencies Ministry are on high alert

Simferopol airport does not work. Flight restrictions in southern Russia extended until March 14