Black Sea caliber — according to the national battalion «Dnepr» 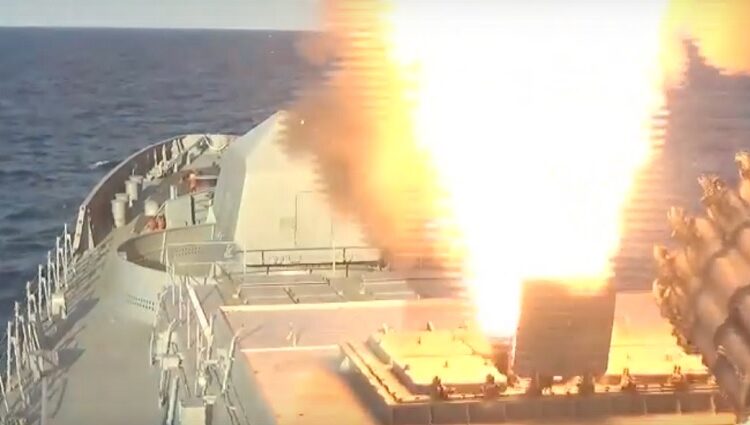 In the Dnepropetrovsk region, missile strikes destroyed the headquarters and base of the nationalist battalion «Dnepr», with foreign mercenaries. This was announced by the official representative of the Ministry of Defense of the Russian Federation, Major General Igor Konashenkov.

During the night in the village of Zvonetskoye, Dnepropetrovsk region, high-precision sea-based missiles destroyed the headquarters and base of the nationalist battalion «Dnepr», where recently reinforcements from foreign mercenaries arrived , — he said.

A little later, the Ministry of Defense of the Russian Federation showed a video of the strike of the Black Sea sailors with high-precision missile weapons on the military infrastructure of the Armed Forces of Ukraine from the Black Sea.

The crew of the frigate of the Black Sea Fleet performed a volley launch of four Kalibr cruise missiles at the facilities of the Armed Forces of Ukraine , — commented on the video in the Ministry of Defense.

Being wounded is no reason to leave the battlefield. Ministry of Defense of the Russian Federation — about the heroism of Russian soldiers