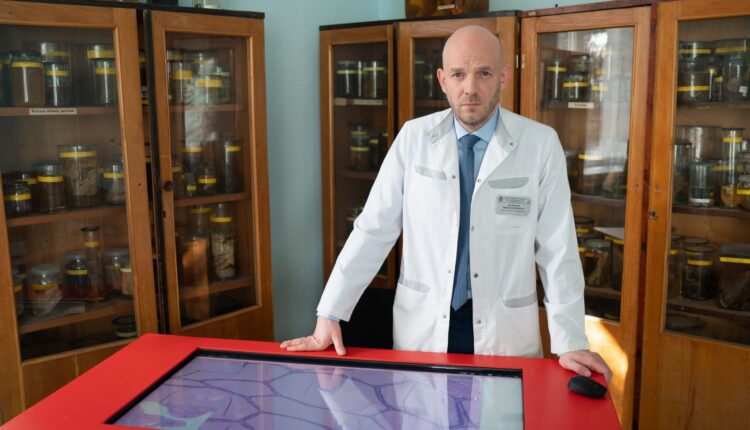 Scientists from the Medical Academy of the Crimean Federal University found that in the vast majority of cases of extremely severe course of coronavirus infection, which ended in death, the expression of vitamin D receptors in patients was reduced. One possible explanation for this is its deficiency in the body. The use of vitamin D for prophylactic purposes could help to saturate the body, increase the expression of receptors in various organs and tissues and, as a result, alleviate the course of the disease in patients.

According to research data, there is rather conflicting information about the effectiveness of vitamin D, but for the first time in the world we have confirmed the expression of these receptors in cardiomyocytes, that is, in myocardial cells, using an immunohistochemical method. The study was aimed at assessing the potential for possible activation of these receptors in relation to various organs and tissues , — the press service of the university quotes the head of the Department of Pathological Anatomy of the Medical Academy of the Crimean Federal University Maxim Kriventsov.

According to him, the immunohistochemical method makes it possible to identify protein structures, in this case, vitamin receptors. The method is based on the specific interaction of an antigen and an antibody using a special color label that allows you to visualize the presence of certain antigens in a histological section on the surface or in the nucleus of cells.

Coronavirus is a model disease that has increased interest in researching the role of vitamin D. Of course, these data are applicable to various other infectious diseases. This is due to the fact that the effect of vitamin D on the immune system is non-specific, it does not depend on the pathogen, infectious agent , — says Maxim Kriventsov.

As the specialist notes, scientists are now processing data regarding the expression of vitamin D receptors also in the tissues of the lungs and kidneys. In the future, it is planned to conduct a comparative analysis of tissues of different organs.

If there is a pronounced and prolonged deficiency of vitamin D, then the expression of its receptors is reduced. Moreover, if vitamin D is introduced, then under conditions of low expression of receptors for it, its activity will be limited. The issue of restoring receptor expression remains unclear. Expression should be restored as the deficiency of the vitamin is eliminated , — explains the specialist.

Vitamin D is a natural compound that is partly synthesized under the influence of ultraviolet rays, and is also absorbed from food. In large quantities, the vitamin is found in seafood, dairy products, green vegetables (cabbage, spinach, zucchini, squash). The intake of pharmacological preparations and bioactive supplements containing vitamin D is also effective in filling the deficiency. or severe vitamin D deficiency.

Find out more:  In Crimea, the number of temporary accommodation centers for refugees has been reduced. Left only at the border

The research is carried out within the framework of a joint grant from the Russian Foundation for Basic Research and the Council of Ministers of the Republic of Crimea. The results are presented in the scientific article «Immunohistochemical expression of vitamin D receptors in the myocardium», published in one of the leading scientific journals «Journal of Histochemistry & Cytochemistry» (Q1).

Two dozen «tripods» on the roads of the Crimea. Where exactly are the «ambushes» located this week