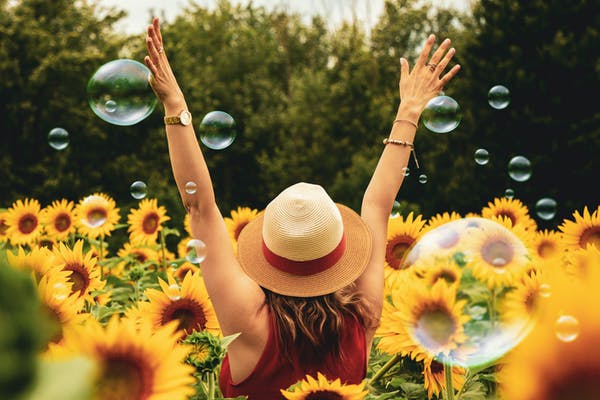 July in Russia was usually spent in the fields, because the active harvest period continued. Our ancestors were very happy if the weather was good these days: the rain had an extremely negative effect on the condition of the cut hay — it began to rot. Downpours were often tried to drive away with special prayers and magical rites. In the Arkhangelsk region, for example, the saying “Do not go, rain, where they reap, but go where they are waiting” is still preserved.

And also July is a turning point day, which was popularly considered the middle of summer.

The Church today honors the memory of the Archangel Gabriel. He is one of the most important angels and is mentioned several times in the Bible. It was Gabriel who predicted to the prophet Daniel how the fate of the Jewish people would turn out, and informed the Mari about the birth of Christ. By the way, Gabriel throughout his life was next to Mary and guarded her. He appeared to Joseph, the husband of the Virgin, in order to warn of the danger that threatened Jesus, when Herod decided to exterminate all the babies in the city. Jesus himself also met with the Archangel Gabriel when he was in the Garden of Gethsemane and asked for strengthening of the spirit, strength in order to endure torment and suffering. Also, it was from the Archangel Gabriel that they received the news of the resurrection of Jesus to the myrrh-bearing wife.

Special «tourist» trolleybuses launched on the southern coast of Crimea

The Ministry of Finance of Crimea transferred more than 190.2 million rubles to the Depositor Protection Fund